Last Sunday was the UN national day for UN’s International Day for the Elimination of Violence against Women. With the subject already on the agenda, we take the opportunity to submit this post that writer Bengt Alvång made on Göteborgs-Posten’s letters to the editor three years ago. 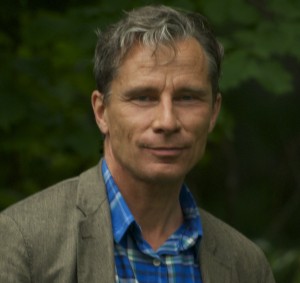 Without a silent neighborhood, virtually no violent acts can happen behind closed doors.

It is more complicated because whistle-blowing is considered a bad word in Sweden. Perhaps even when it is regarding violence towards innocent women and children. You’re not supposed to get involved.

And it’s probably not that much fun to party with Berra if you just mentioned the sensitive issue of his wife’s bruises. But isn’t the point that the guilty ones who lack a conscience should be afraid of being ratted out? And I differentiate between someone who actually suffers oppression and someone who just “made a misstep”. Not all crimes are equally cruel.

Do the witch hunts of the past still create this stigma? All the innocent women burned alive because of the angry mob’s accusations. The Jews who were exterminated during World War 2 after being sold out by their neighbors. Communists (well) who were persecuted during senator McCarthy’s personal witch hunt in 1950s USA.

In any case – when something wrong goes on in our society – you better believe there is a silent, “innocent”, neighborhood who knows. Probably even inside the authorities who should have acted.

And when the defenseless and oppressed suffer – the ones who know about it and refuse to act, are as guilty as the perpetrator.

What it is ”to act”, what is ”enough” – that’s up to each person’s conscience.

Bengt Alvång, Recruitment consult at FOKUS Rekrytering in Gothenburg, and writer of the novel ”Överlevarna” (“The Survivors”).