Realstars regularly visits Brussel and other countries to talk about fair-sex and promote the Swedish sex-buying law. In September, we visited Chicago and took the opportunity to go to an important conference the 15:th International Human Trafficking & Social Justice Conference at The Toledo university.

Under the latest couple of years, Illinois is the only American state where many of sex purchase laws have been committed in the same direction as the Swedish Sex Purchase Act.

From 2012 the laws that have been adopted in the stat has strengthen the protection for those people who are in prostitution and acts on decriminalization of people who sell sex. Even though it is illegal to sell and buy sex it is mostly women in prostitution who become arrested and prosecuted for prostitution. It is rare that the sex buyers are prosecuted. One explanation for the fact that the state has made progress with the new laws seems to be that the pornography lobby is not as strong nor as intertwined with other interests as it is on the American East and West Coast. Therefore, it becomes easier for some local leaders to go against the strong sex industry.

The Organization CAASE, Chicago Alliance Against Sexual Exploitation, is one of the organizations that work against request and thus in the direction of the the Swedish Sex Purchase Act. In the meeting with the organization it reveals that they work comparable to Realstars, except that they also provide legal support even to victims of the sex industry. CAASE has also brought new knowledge about men who buy sex through truly interesting studies where one of these studies shows how men buy sex and discusses and “educates” each other on social platforms for sex buyers. The name of the study is “Our Great Hobby” An Analysis of Online Networks for Buyers of Sex in Illinois. The study creates insight in the sex buyer’s perspective, attitudes and illusions.

The conference is the 15th in order and is to the biggest part, an academic conference. The participators come from 34 states in U.S. and there are also international representatives from 25 countries. The participators can choose between 10 workshops side-by-side over two days and we are given many opportunities to provide our message of Fair Sex. An invitation to us international participators to come up on stage and tell who we are and what message we want to provide, is the start. Many key-persons who are positive towards the Nordic model then seeks me up and wants to hear more about our work. I get interviewed by a scientist and meets Jessica Hurley. She is extremely well informed about the situation in Europe and the Nordic model and wants to work with these issues.

Many things awake interest under the meeting. Participators meets to network, learn and teamwork. Survivors of prostitution is here and people who identifies as “Sex workers”. Many are from the scientist and the NGO world, but here are also participant opinion formers, politicians, students and representatives from different organizations.

It strikes me that the world “trafficking” is used much more often in the U.S than in Europe and that it is also used for describing some form of harnessing inside a family. Many studies are striking, rough and sad. On one of the seminars, we are taught how trafficking in family is different from the form trafficking I am most familiar with, being said the trafficking when a young person often is betrayed, “kidnapped” and is sold to the pornography and prostitution industry. Trafficking in family is referred to trafficking that instead keeps a child looked up in a home or environment where he or she is used and neglected. In many of these cases the child is removed from there, but it can be easily masked and labeled as a family holiday when all the papers are in the correct order. I also take part of interesting scientific studies about how fake massage saloons and internet platforms are used to exploit young people sexually. It is also brought up that an amount of internet pages has been put down after the new law (Fight Online Sex Trafficking Act) which was brought to action this spring.

Under the conference many survivors witness about their life histories. Many speak up about what a trauma can implicate, how it can be as a young person and keep the secret that their dad has committed sexual assaults. “Rape trauma syndrome” a new phrase for me at least, describes the terrible situation.

In conclusion, our participation has been very rewarding, as we have spread our message for Fair Sex, spoken about the The Swedish Sex Purchase Act, taken part of current scientific studies and knowledge we can bring forth back in Sweden. 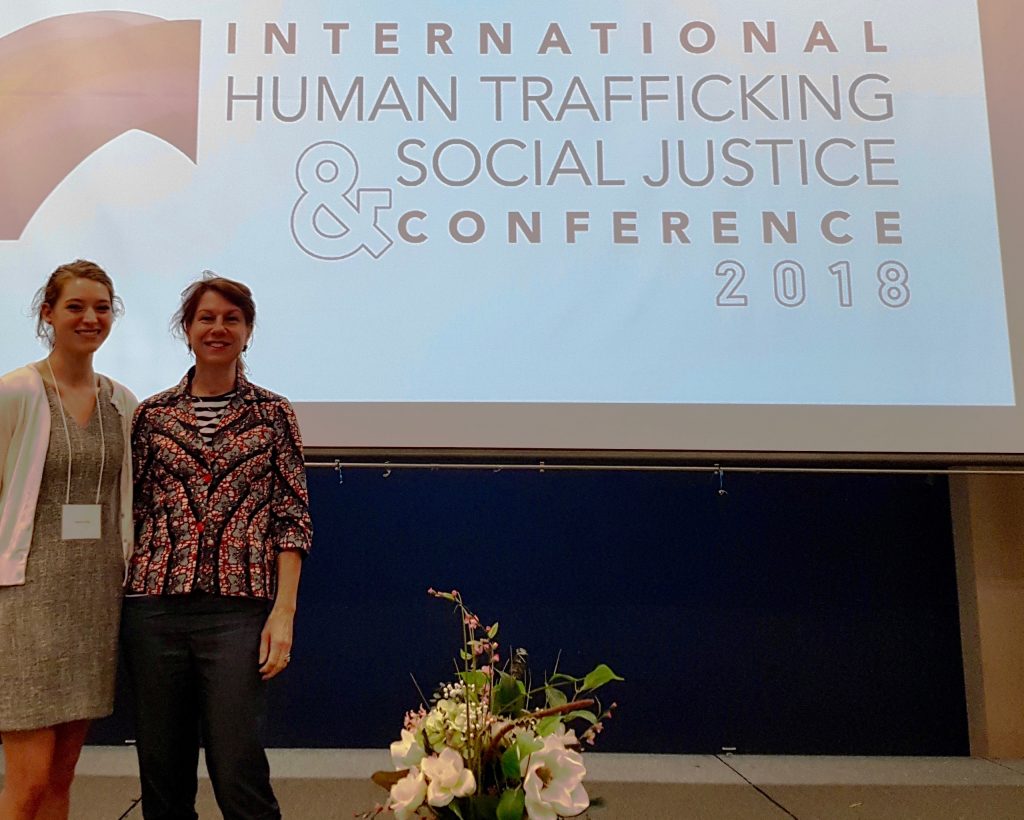 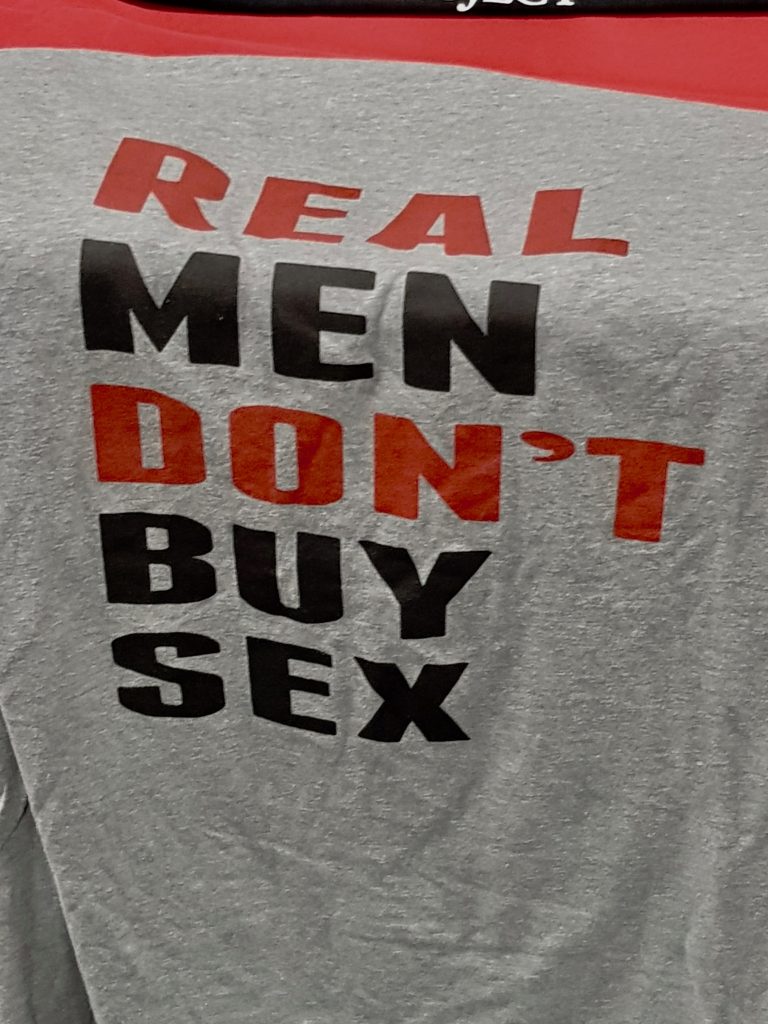