Sex trafficking is a hot topic and we experienced this for ourselves during The (Gothenburg) Book Fair. RealStars spread the message that the most efficient way of counteracting sex trafficking is by focusing on market demand. To help us out we had a popular quiz and a book lottery with prizes from several esteemed authors.

RealStars defined how we work for a world free from trafficking and for Fair Sex on equal terms. The news this year was that we held a book lottery, to which several esteemed authors contributed by donating books that pertains to the issue of sex trafficking. There were several of us in our showcase, but we also walked around and talked about the work we do. There was a great interest in our lottery and we sold all 300 tickets. Many also wanted to talk about, and were very happy to take a stand against, sex trafficking. We also developed a quiz with fifteen tricky questions, where visitors could test their knowledge about sex trafficking in pop culture like movies and books. The result was a substantial pile of completed quizzes and a great feeling from spreading our message. First prize was a painting painted by Caroline af Ugglas.

RealStars has, as always, an important role to fill in discourse to raise awareness about trafficking, predominately by focusing on the demand and the Swedish legislation. The Swedish legislation is a trailblazer as it is the first law to move focus on to those who purchase sex, as opposed to those who are prostitutes: who should be protected and treated as subjects. Many visitors wanted to discuss the legislation, especially in light of Amnesty International’s decision to decriminalize prostitution, of which many are critical.

Altogether, we at RealStars are very happy with our contribution. We sold all of our lottery tickets and talked with hundreds of individuals. Jörgen Thiel, who bought the last remaining tickets said “I support your efforts to a 100% and its terrible that it [sex trafficking] even exists. You are doing great work and so many are getting involved.”

The maintaining perception among us who were there is that trafficking and sexual slavery are concepts that provoke emotion and a will to act – despite the recent enormous focus on the refugee crisis. 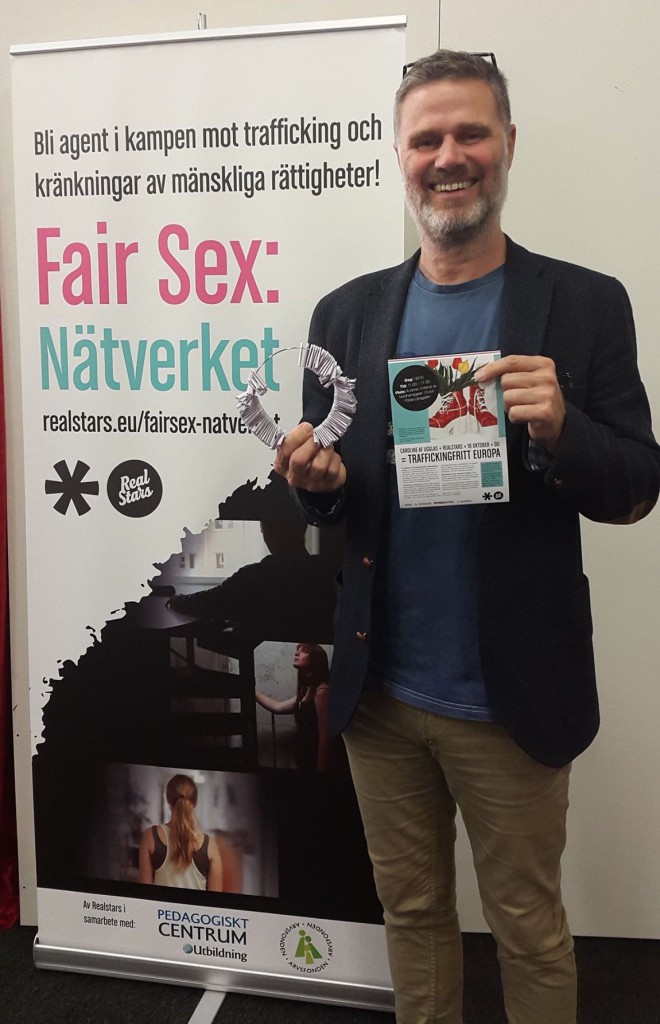