In connection to the Alpine World Ski Cup in Åre and the Biathlon World Championships in Östersund 2019, the County Administrative Board of Jämtland County ran a campaign against sex purchases and prostitution. It is well known that the problem is increasing in connection with major events and RealStars has, for example, raised the issue during the World Ski Championships in Falun 2015 and several football championships. To be inspired, we have asked Jenny Einebrant, who is the coordinator of the work against men’s violence against women within the County Administrative Board to answer some questions about the initiative’s background and results.

What type of preparation was carried out in Östersund and Åre before the World Cup last year in order to prevent prostitution and human trafficking?
We carried out training efforts for police and social services staff so that they would have an increased preparedness of cases during the two World Cup events in Åre and Östersund. We also carried out information efforts in Östersund and Åre to the entire visitor industry where participants from the World Cup organizations, tourist informations, hotels and taxi companies participated. We produced a flyer (see picture) which was distributed to visitors at the events as well as at arrivals at the airport and train station. The flyer was handed out by staff from the County Administrative Board, Kvinnojouren and the police.

How did the collaboration between the hospitality industry and the authorities work?
It worked well. Initially, there were reflections on why we should make these efforts and that it might be a tedious element in the otherwise joyful events, but after learning about other people’s experiences from the World Cup in Falun, the organizations took the problem seriously and also carried out their own educational efforts about the Sex Purchase Act for volunteers.

What was the most important lesson?
That visitors were positive that we provided information about the Swedish model with the Sex Purchase Act!

What result did the work produce?
That all media attention meant that not a single advertisement about prostitution could be found during the World Cup period.

Do you want to develop sustainability work in your workplace or company to include trafficking and sexual exploitation issues? Contact us at info@realstars.eu or read more here. 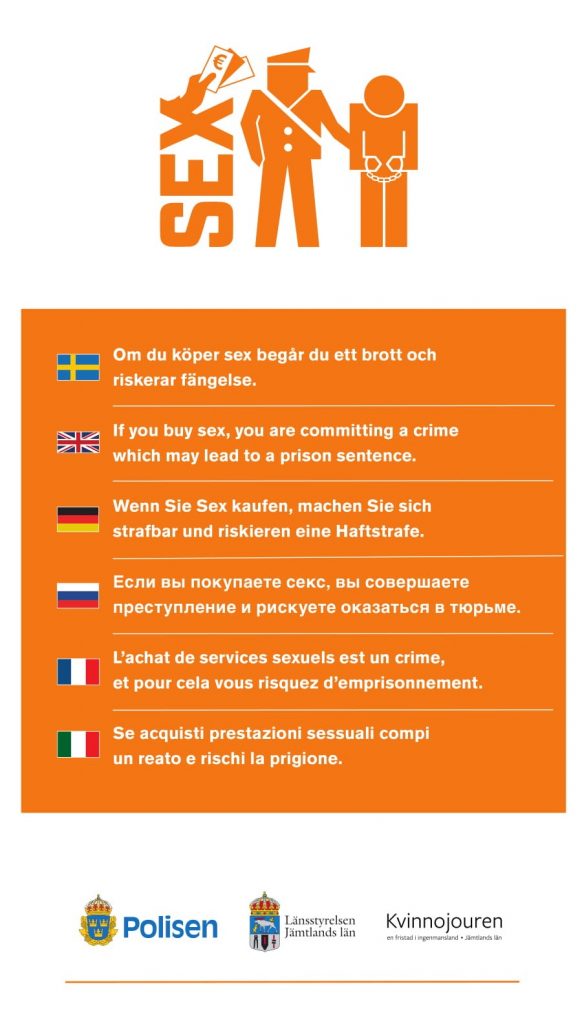