During the Book Fair, RealStars engaged visitors in questions about Fair sex, which led to many interesting conversations. We also organized a book lottery where the money for the lottery tickets goes to counter trafficking. Thanks to all the publishers and authors who donated books to the lottery!

The Book Fair gathers people with a great interest in books and, in many cases, also social issues. The weekend provided many possibilities for discussion, and unlike many other events, the Book Fair makes it possible to meet people who may not have encountered the trafficking issue previously. This year we pushed especially for the Swedish Sex Purchase Act that turned 20 years old, and we stressed that it is needed since it puts the responsibility on the sex purchaser. 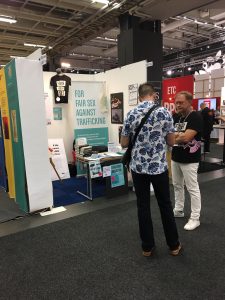 Torbjörn in conversation about the Sex Purchase Act.

Apart from conversations in RealStars booth, process leader Julia also attended Feministic Perspective’s booth to discuss the Swedish Sex Purchase Act. On Sunday, RealStar’s Secretary General Malin took part in conversations on Global Square about sex tourism, sex buyers and trafficking in connection with the release of Joakim Medin’s new book Thailandssvenskarna. The book was initiated after the report Welcome to Sin City, that last year revealed the myths for Swedes that purchase sex during their vacation. 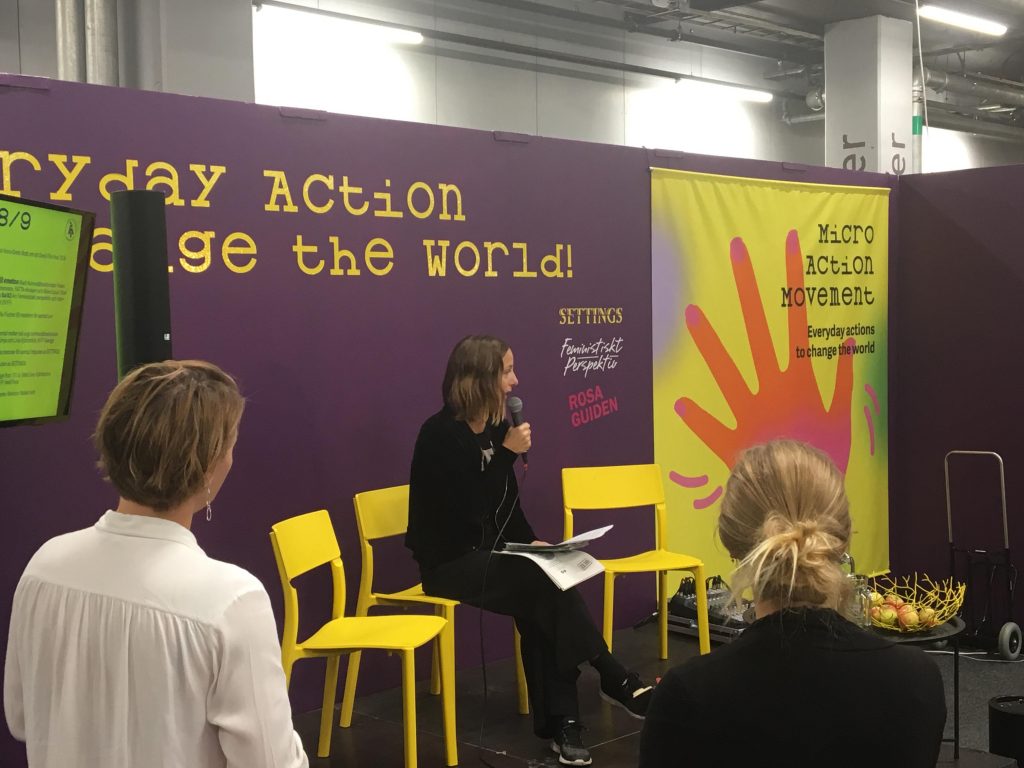 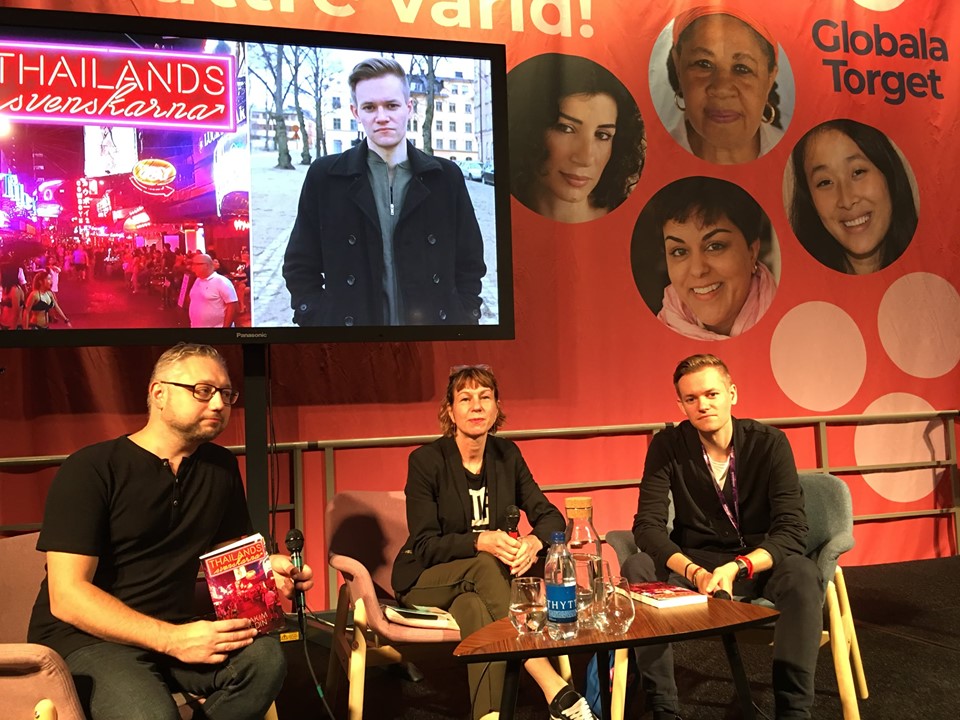 Malin with Joakim Medin at the Global Market.

We want to give a big thanks to volunteers, board members and staff, that attended RealStars’ booth during the Book Fair! 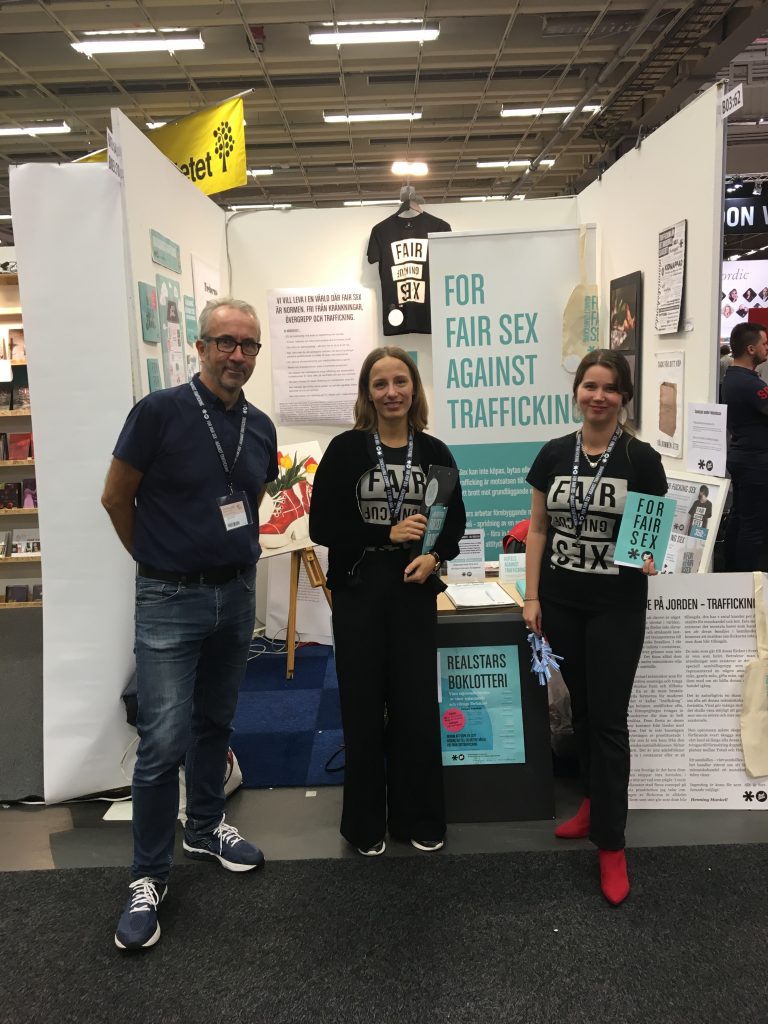 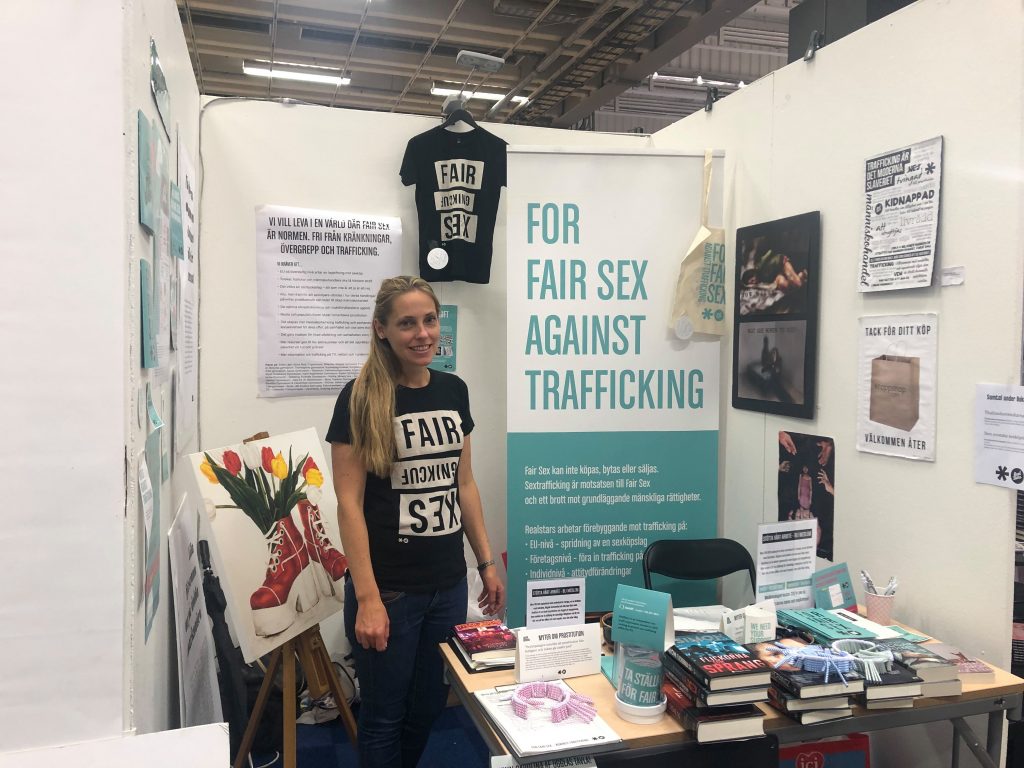 Susanna in the booth during the Sunday.