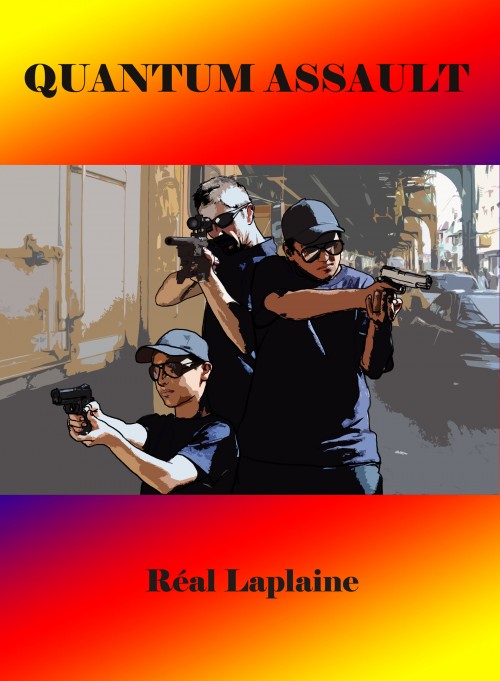 We recently interviewed Réal Laplaine, author of SEE ME NOT – a literary fiction about human trafficking. With his new book, Quantum Assault soon releasing, we asked him a few questions of interest.

1. What makes you happy?
Coffee – no seriously, I love coffee. But in truth I feel happy when I know that I am doing
something that is changing the world, making it a better place for everyone, not just those who are “lucky enough” to have a good life.
2. What would you do to make the world a better place?
The world changes because people change, ideas change. In my life-time I have watched racism in America change its face, where the “black” man was treated as a second-rate citizen, to equality. I have seen societal changes in attitudes towards women, children and minorities – but there is still much to fix in this arena. It is my objective, through my writings and my talks, to raise conscious awareness on human rights issues and humanity in general and to bring about change.
3. What are the challenges in the community to access sex trafficking and forms of unfair sex (various forms of abuse).
We have to change the idea, the acceptance factor. Thirty years ago is was acceptable in South Africa to exercise apartheid, or racial discrimination. Today, because of people such as Mandela, that idea has changed and apartheid is disappearing. Sex trafficking exists because people accept the sex-trade as a valid industry. In fact, the sex industry has been working very hard to popularize itself, glamorizing an industry which degrades people and ruins lives. We are up against this degenerate form of mentality, and while we can invoke laws to reduce trafficking, we must also raise conscious awareness, where people no longer accept this kind of industry as ”normal” and refuse to support it.
4. What is needed to stop the sex trade and the men who buy sex? What is the biggest benefit of the Sex Purchase Act?
I think Sweden got it right – impose the penalties on the buyers of sex. Of course, that
doesn’t stop it because they simply go to another country like Germany, the Netherlands or Thailand to buy it, but the Swedish system is more effective than any I have seen. In addition to that, we have to change the idea that buying sex is acceptable behaviour. The sex trade industry and traffickers are trying to normalize the process. Traffickers and the sex industry objectify women, children and even men, in a trade which reduces them to mere objects for sale. That is the thing we must change while also enforcing laws which help cut the demand.
5. You have a new book coming out in October, tell us about it.
Quantum Assault is the second book in the Keeno Crime-Fighter Novels. The first book, INTRUSION, was released in October 2011 by a North American publisher (Asteroid Publishing). The theme in Quantum Assault is about a sex trafficking ring which is injecting young girls with a deadly pathogen, and the story becomes a global chase, as the crime-fighting team go after the traffickers to stop them before the pathogen spreads globally. I plan to announce the release for the EU Anti-Trafficking Day here in Sweden.