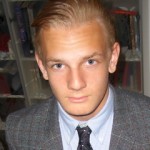 I am very interested in history, mostly because it is through history that we can see our mistakes and improve as human beings. Our decicions today are shaped according to how we acted in the past. We have made everyday life better in many ways. By taking advantage of earlier attempts and science, we managed to land on the moon. We were also able to minimize the geographical distances using the technology of cellular phones. As humans, we constantly improve previous inventions. During the 1700s, triangular trade was a common concept. Material traded for humans – we valued humans in an obscene way. Throughout history we learned once again that these were twisted values and slavery started to decrease slowly until finally it was gone for good. Almost. Even today human beings are bought and sold, they are treated as a commodity for someone else’s profit. Mostly women and children. It is called trafficking.

My sole question is: why haven’t we learned the lessons of the past and stopped it, when we have done so with so many other things?

Today trafficking is the world’s third largest criminal activity. The UN estimates that every year approximately 1.2 million children become victims of this horrific human trade. That’s more than every ninth person in Sweden. In 2003, there were 22 cases of trafficking reported in Sweden. It is estimated that about 2 of these will lead to conviction every year. A question you may ask is, how does it look elsewhere in the world? There is obviously an extremely large interest in trafficking. It’s a lucrative organized criminal activity – Unicef estimates that trafficking generates approximately 75 billion Swedish crowns every year, globally. Something really frightening is the minimal interest in wanting to stop trafficking. It doesn’t seem to affect people unless it personally affects them. This is the biggest problem.

There must be a counter-force, otherwise everything will go towards one direction. In this case, the wrong one. That is why it is of utmost importance that everyone does something to affect this negative development. It’s time for change and the time is now. Realstars has high ambitions in their work and with your help we can get closer to our goal. The only thing needed is your name. Show your support by signing here, it will only take a minute.
On the blog there has been a lot of talk about what’s most important in people’s lives. Justice, freedom and to be recognized are understandably recurring phrases. But everyone must realize that these things are not a certainty in many people’s lives. There are people who every day have their human rights violated – even though we have created laws to prevent this.

”Freedom is not worth having if it does not connote freedom to err. It passes my comprehension how human beings, be they ever so experienced and able, can delight in depriving other human beings of that precious right.”
Mahatma Gandhi, 1931

Let us now once and for all learn from history again. Do over and do what’s right. Let us remember great people like Mohandas Karamchand Gandhi, or as he was known: Mahatma Gandhi. Think about what a single person can accomplish and what you can do. All help matters.
Carl Magnus Magnusson for RealStars