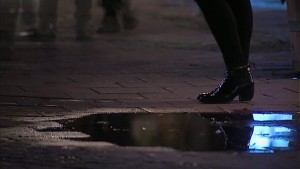 The Swedish series of documentaries called Kalla Fakta (Cold Facts) aired a program on November 4 in which they examined the prostitution of children in Sweden.

The Swedish model and the legislation that bans the purchase of sexual services has been a role model for many countries. However, in the program many deficiencies where identified when it comes to the protection of children and in this area the Swedish legislation is one of the weaker in Europe. The purchase of a sexual service performed by a child is punishable with up to two years imprisonment. In other countries, such as England, the purchase of a sexual service performed by a child (under the age of 18) is punishable with up to 7 years imprisonment, even though purchasing sexual services from adults is legal. In the Netherlands, which is a country generally known for being liberal; it is enough for the attorney to prove that the child is under the age of 18 for the person who purchased the service to be convicted of a crime.

The problem in Sweden is that prison sentences are actually rarely part of sentencing. The difficulty lies in the fact that the attorney has to prove that there has been a purchase of sexual services, i.e. that a sexual act was performed and that compensation was given. In addition, the attorney also has to prove the person who purchased the service knew, or should have been able to suspect, that the child was below a certain age. In order to estimate this, the courts have to consider the appearance of the physical body of the child. This means that a child whose physical appearance makes her/him seem older than she/he is does not receive the same protection from the law.

The fact that the attorney has to prove all this in order to attain a prison sentence for the person who purchased a sexual service means that during the last eight years only one person per year has been sentenced to serve time in prison. In most other cases, people under trial are sentenced to pay a fine, just as when it comes to speeding or shoplifting. There are now demands being made that Sweden has to toughen the sentencing of purchases of sexual services from children.