This is the story about Alma from the Philippines.

In 1984, Alma lived under the name “Pearly” in Olongapo City which was a flourishing American military base. There she 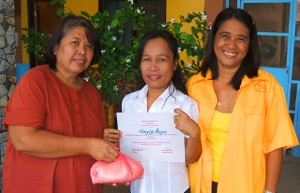 worked as a waitress when one day an American soldier started to take interest in her. The soldier talked to the bar manager about paying for some time with Alma. When she refused the manager threatened to fire her. He also said he would keep her papers and make it impossible for her to get another job. Alma had two small children to support.

This was only the beginning for Alma who had to take on more “American boyfriends”.

Read Alma’s story and how she managed to break free from the life as a prostitute at Survivor Stories.