The fall is upon us, the weather is shifting as it does only during the Swedish fall and the school visits are lining up, one after the other, for the RealStars process managers in Stockholm and Gothenburg.

Last week, RealStars visited first year students at Stillerska Filmgymnasiet, a smaller group of students that provoked a lot of thought. The students showed great curiosity regarding the subject, asked many questions and reflected on trafficking in Sweden and Europe. As part of their education in film making during the fall, the students will produce short films on the subject of the demand for sex slaves in Sweden and Europe. RealStars are very excited to see the result.

RealStars also visited Psykologigymnasiet in Stockholm. From the beginning the lecture was planned to go on for about 45 minutes, but during my time with RealStars I have never experienced such engagement, passion and curiosity. The planned 45 minutes quickly turned into 135 minutes packed with discussion, thoughts and questions.

Many of the students were concerned with the situation in Sweden and Europe. In particular, many did not understand how someone could think that they have the right to buy another person.

Many students wanted to engage in the matter further and invited RealStars to take part in the recording of a podcast, among other things. 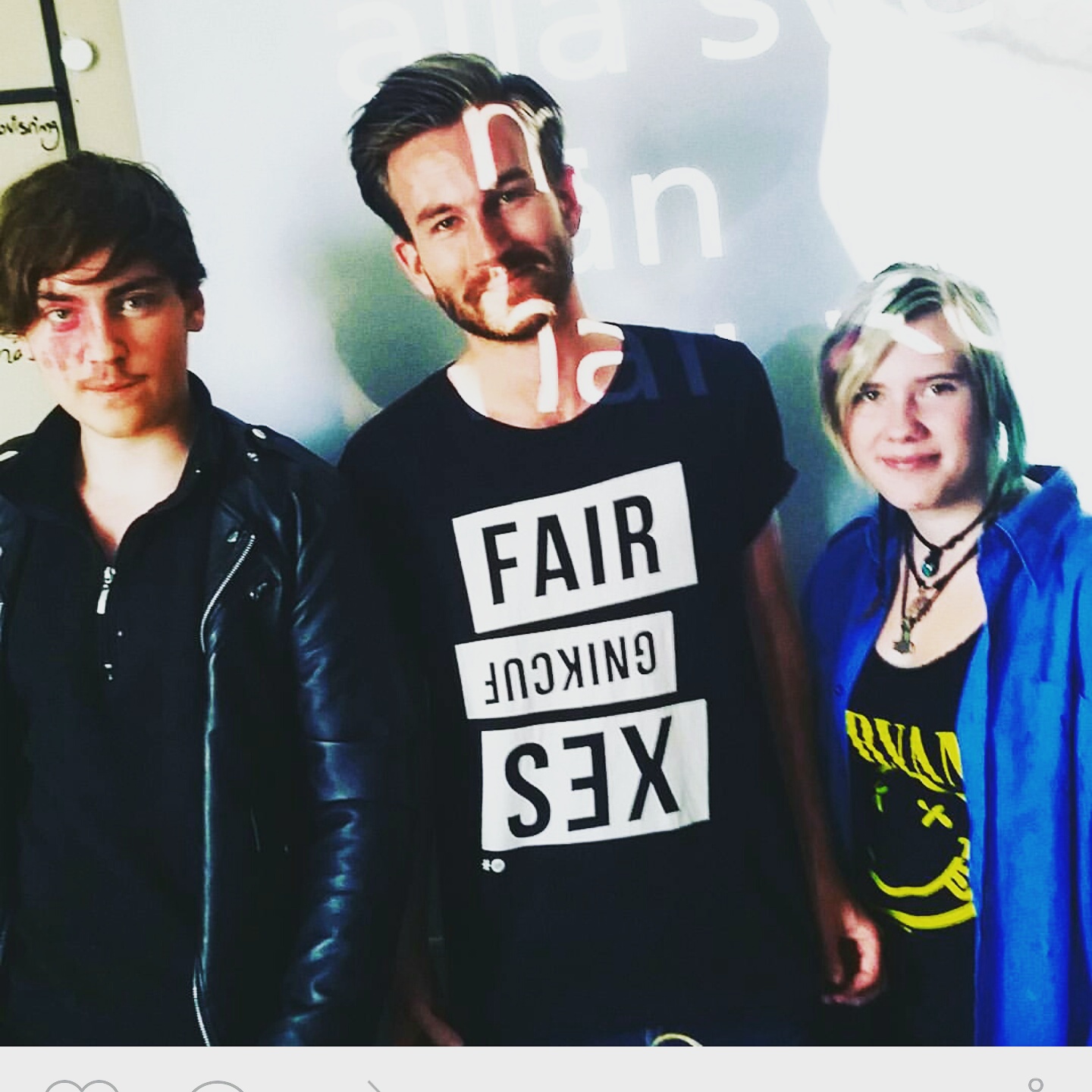 The last visit of the week for RealStars in Stockholm was at Ross Tensta Gymnasium. The visit was with a group of third year students, and was characterized by astonishment. The students were not aware of the situation in Sweden and Europe in regards of trafficking and many wondered “why the UN cannot do more when it comes to sex trafficking”. Many also wondered “how prostitution in Holland and Germany can be allowed as well as what that signalizes to people”.

RealStars want to thank all of you who gave us the opportunity to visit you. We hope that you have gained new knowledge and that you want to help us abolish trafficking in Europe.