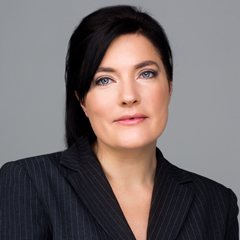 SPACE International (Survivors of Prostitution-Abuse Calling for Enlightenment) was founded by a group of sex trafficking survivors. They are now working to end global human trafficking once and for all. The goal of the organisation is to inform the public about the violence and abuse that always come with prostitution, but also to advocate to governments about the importance of taking this form of oppression seriously. According to Norma Ramos, human rights lawyer and board member of SPACE, one cannot expect social change before prostitution is properly acknowledged as the severe form of oppression that it really is.

With support from former US President Jimmy Carter, the organisation has now gone global. SPACE also promotes the “Swedish model” where the buyer becomes the criminal and not the person selling sex. Rachel Moran, one of the founders, says that this model acknowledges prostitution as a human rights abuse as well as the fact that it is the demand that enables sex trafficking.

The “Swedish model” has proven successful in Sweden, Norway and Iceland. Northern Ireland and Lithuania have also approved a law criminalising the buyer, and similar proposals are currently under scrutiny in Ireland, France, Israel and South Korea. On their website, SPACE states: “We recognise that all systems of prostitution are interlinked, and that this remains so regardless who claims otherwise. Prostitution and sex-trafficking, for example, are intimately linked. Prostitution is the place where sex-trafficking happens, and the demand for prostitution is the reason why sex-trafficking happens. It has been said that talking about sex-trafficking without mentioning prostitution is like talking about slavery without mentioning the plantations. We firmly assert that this is so, and we would know, as survivors of commercial sexual exploitation.”

SPACE has been awarded the best international organisation prize by Emma Humphrey’s Memorial Prize which acknowledges the amazing contributions of women’s organisations when it comes to combating sexual violence. Visit Equality Now and read the sex trafficking survivors gripping stories. Realstars will continue to highlight the efforts of these amazing people who have chosen to share their stories in order to help others. Each week, we will publish one story from a survivor. Read more about SPACE International on their homepage.