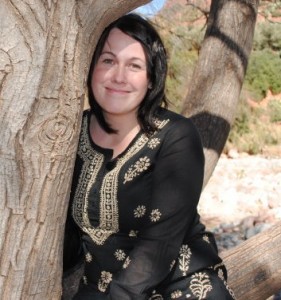 Today, Tina Bergqvist from Helsingborg, will continue dealing with the topic of fair sex – or rather focus on occasions when it’s lacking. Tina has a journalism background and has decided to move back to her hometown, Helsingborg, to study International relations.

I remember when I was in sixth grade. The most popular guy in school stopped right in front of me, smiled charmingly, and before I even realized what had happened, he touched me on my “down there” on my clothes, put on a little smirk, and continued walking as if nothing had happened. I was both happy and confused. Naively happy because he had chosen me, disgusted by it because it felt absolutely wrong. I did not agree to it, nor did I ask for it. The incident was forgotten, I never mentioned anything to anyone, though I suspected he had done the same thing to the other girls.

As I got older, I kept hearing from girl friends about guys groping them in bars and pubs, without the slightest encouragement. The same thing is happening at many workplaces and other places around the country (and around the world).

A boss or a colleague taking too much liberty without realizing he is doing something
wrong. We have to point out clearly that it is not okay. Unfortunately, some
people do not understand the meaning of ‘no’ or ‘stop’, and persistently continue, triggered by the thought of it “actually” means ‘yes’.

I read an article not too long ago about an intoxicated man who had walked past a woman next to the subway screen doors and grabbed her butt. The woman in question got really angry and kneed and kicked the man. He was charged with sexual misconduct but the woman avoided any form of penalty. I actually think it was the right decision. She only defended herself. Right? I am quite confident most women would agree with me, whereas men would not.

The problem lies neither within only women or men, rather something incredibly twisted in our society. All this madness around what a man and woman should look and be like, peer pressure, and several other psychological factors significantly matter. We should be able to dress as we please, flirt, even go home with someone and still be able to say no to sex without being sexually abused. Why isn’t like that today?

What kind of upbringing do these people have, who think it is okay to take liberties as they please and touch whomever they want, thinking it’s appreciated, be it man or woman? It is certain, that men are not alone in this, there are women who sexually abuse men too, though I have a feeling they are not as many. Maybe they do it for “fun”, or at least that’s the excuse you hear when they are confronted. I don’t know. EVERYONE has the right to decide over their own body, but no one has the right to “violate” others without their consent. You can still get hurt, despite having set clear boundaries. It’s not right.