Real Stars publishes this thoughtful text, that provides insight into the struggle against prostitution, by Kajsa Ekis Ekman, debater and author of the book “Being and Goods.” She has met Lydia Cacho from Mexico, who is constantly subjected to death threats for exposing the abuse of women and children. Both met in Australia.

Debating prostitution can be quite a hassle. When you encounter arguments like, “don´t the handicapped have a right to sex” (meaning: all men have the right to women, whether women want them or not?) Or “child prostitutes in Thailand are not victims, they are strong individuals who know what they are doing. (Which, among others, the anthropologist Heather Montgomery claims. ) Whoever fights against prostitution is often exposed to hatred and called names, ranging from naive feminist to man-hating conservative. When I started writing about this issue, I was surprised at the emotional anger I met. Some people wanted prostitution to be left alone, at all costs, though they had nothing to do with it.

But for some, the fight against prostitution is far more risky. That is when the opponent is the sex industry itself. Then it’s not about arguments or feelings, but about profit – and this is an opponent who will stop at nothing. So it is for the Mexican journalist Lydia Cacho. She alone has taken on the task to reveal Mexico’s sex industry. Which has connections with heavily armed drug cartels, that supply children to pedophile networks, often these networks have individuals of high ranking in society. In books such as “Slavery Inc.”(Soft Skull Press) and “Jag låter mig inte skrämmas – min kamp mot trafficking och korruption”, (Natur och kultur 2010), ie; “I won´t be frightened-My fight against trafficking and corruption”, (not translated to English), she talks about what she uncovered – and what she suffered. She has been repeatedly kidnapped, raped and threatened with death. When she was about to publish the book Demonios del Eden, (trans. Demons of Eden, the power that protects child pornography, – which then led to a multi-billionaire hotel owner Jean Succar Kuri´s arrest for leading a pedophile ring in which he provided rich men with little girls,) she was offered one million dollars if she withdrew the book. “You can use them to your NGO” coaxed a stranger. “Isn´t it better if you can help little girls?” Cacho refused. Six months later, when the book was released, she was kidnapped by policemen. They pressed a gun into her mouth and genitals. As they drove, they discussed whether to drown or strangle her. She was eventually released, but harassment continues. The recorded conversations of those in power (in Mexico) discuss how she will be intimidated and raped in order to silence her.

Yet here she is, in Sydney Australia, sitting and drinkinga a ginger ale outside the hotel where we live – she checks in under an assumed name – and is happy and positive. She says, “Definite not.”, when the waiter asks her to try kangaroo meat. “How can you eat a beautiful animal? No – I will order a steak! “We’re both here for the Festival of Dangerous Ideas, which takes place every year at the Sydney Opera House, Lydia will speak on trafficking for prostitution, I am speaking on “Surrogacy is Child Trafficking”. Apparently, the idea that women and children should not be for sale, is “dangerous.”

Tonight we’ll both participate in one of Australia’s largest debate program´s, Q and A. It airs live and debaters answer questions from the audience.
“You have to keep your wits about you,” said Lydia. “We have to think of something to say, no matter what they ask. I’m in Australia to deal with its sex industry. If they try to turn my testimony into a specificly Mexican one, then I will tell them how many men from all over the world come and buy sex from the pimps. I have interviewed hundreds of foreign clients who tell me they come to Latin America because they want submissive girls. ”

“And I will return to the question of the possibility of a world without prostitution,” I add saying, “and get them to think utopian, not pessimistic.”
We have decided to keep the discussion on these topics, since there is an American writer on the panel, the issue of single mothers ability to raise children can become the main topic. The risk is that the entire program will be about that.
“Hm,” said Lydia “how we bias the topic to become what we want to talk about? I want to develop something about teen porn and its role in creating the demand for child prostitution. ”
“Do not you think it’s too much,” I ask, ” sometimes, I can not stand myself constantly dealing with these topics, which is why I also write about economics, politics …”
“Well!” Said Lydia, “my next book will be a break, it will be about menopause and the male equivalent, andropause.”
“How was it that got you to write about these things?” I ask.
“My mother was a feminist and psychologist. She was completely open about everything, talked to us kids about sex, without shame. Which was very unusual at that time. My mom used to ride around in poor areas and provide information about women’s rights. While she spoke with the mothers I played with the kids. I remember when I was eight, there was a boy the same age, and I took out a pen and wanted to draw animals with him. He could not hold a pen! He did not know how. When we were about to leave, I told my mother: I think it’s horrible that some of these kids do not have food and will never go to school. Mom replied, in his hard way: What should you do about it? I said, I’m only eight years! But then I studied to be a journalist, Iwill always fight poverty and racism, I thought at that time. So I did a story on southeastern Mexico, but instead of talking about poverty, women wanted to talk about domestic violence. It was the worst experience for them. And when my newspaper did not want to publish the story because it was ‘private’ and no one would help them, not even the welfare office. Because of this, I started a home for abused women, which went on to become a home for women and girls who escaping the sex industry. When I was growing up, violence was said to be a private matter. Now it is said that the sex industry is a private matter. It is not. ” 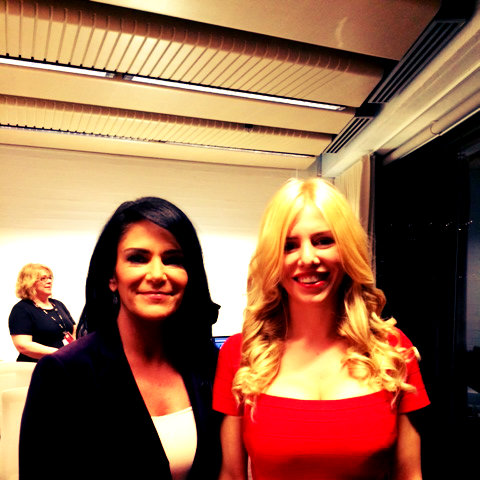 Afterwards we meet Talitha Stone and Laura McNally, who are activists from the Australian organization Collective Shout. They are in their twenties and fighting against sexist advertising and beauty pageants for girls of the age of four years – something that is normalized in Australia.

Lydia tells anecdotes about how she infiltrated the worldwide sex industry . She worked in brothels – but because she was too old to pass as a beginner, she learned to pole dance. Then would say that she had worked in strip clubs for many years. Many brothels in Mexico have her picture in the entrance. “Do not let this woman enter.” She saw it herself once while entering a sex club, however she was wearing a wig and completely different clothes, so the intendent did not notice that the woman who stood before her was the same person as in the picture.

A few days later I went to Melbourne for a series of lectures. There I meet Genevieve Gilbert-Quach, an enthusiast who started the organization Pink Cross Australia that helps women create a life outside the sex industry. Genevieve was in prostitution for eight years and is currently writing her memoirs. She has become a Christian, because, as she says, “Without God, I would never had been able to get out of the sex industry. I had no one else. My parents did not care about me. “But the Pink Cross Oz” she adds, ” does not preach, but helps everyone regardless of faith”.

The sex industry is fully legalized in parts of Australia, and brothel owners act as any other contractor. The state and the sex industry make money off of each other, and there is hardly any help available for those who want help to leave. Which has had fatal results in Australia described Mary Lucille Sullivan`s book Making Sex Work – A Failed Experiment with legalized prostitution. Both Lydia Cacho and Genevieve Gilbert-Quach advocate criminalizing sex buyers, not the prostitutes, like the model we have in Sweden. Lydia Cacho has given talks many times in Sweden.

“I know it can work,” said Genevieve. But we are fighting against a very large and powerful industry. We are only twenty-thirty people and without funds. I work for free for this cause and have two small children. Even so, I do not give up. For every person I help could have been me, you understand? ”

By the author Kaisa Ekis Ekman 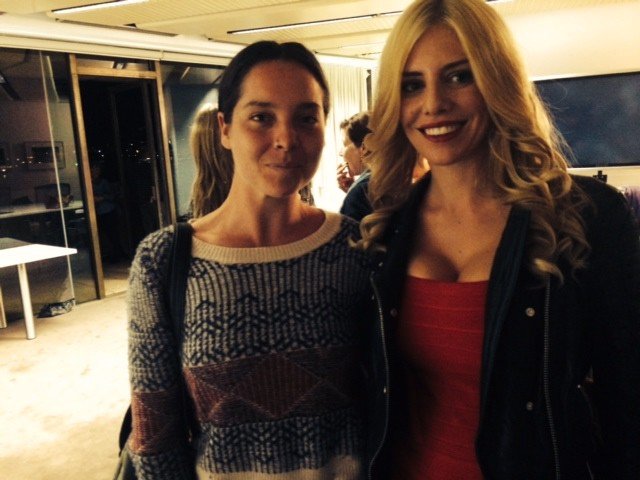 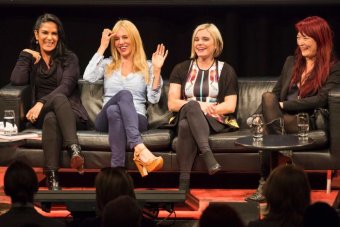