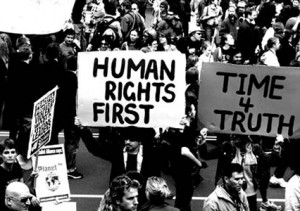 December 16 2014, the Lithuanian parliament approved a resolution that paves the way for a total criminalisation of sex purchase. This is extremely happy news and will most likely have profound impact on the fight against trafficking and human rights abuse.

It is not the first time this resolution has been discussed in the parliament. It was initiated by Member of Parliament Vincė Vaidevutė Margevičienė, but much previous work was carried out by civil society organisations, scholars, and international actors. This document has its roots in the, now well-established, Nordic model of legislation against sex purchase. Sweden was the first country in the world to endorse this law in 1999.

The Lithuanian resolution contains, among other things, proposals that would criminalise sex purchase, prostitution, pornography and other forms of sexual exploitation. The resolution also involves a proposition of establishing a working group with representatives from different departments. This group would work together to support victims of sex trafficking and prostitution, and to enable them to break free from the situation.

This approved document is likely to make way for new policies and guidelines aimed at putting an end to human trafficking. It will also play a critical role when it comes to helping victims of human trafficking and to strengthen human rights. Realstars welcomes these efforts and we are excited to see how this will develop. Naturally, we also hope that more countries will follow the Lithuanian example – this in order to rid Europe of sex trafficking once and for all.