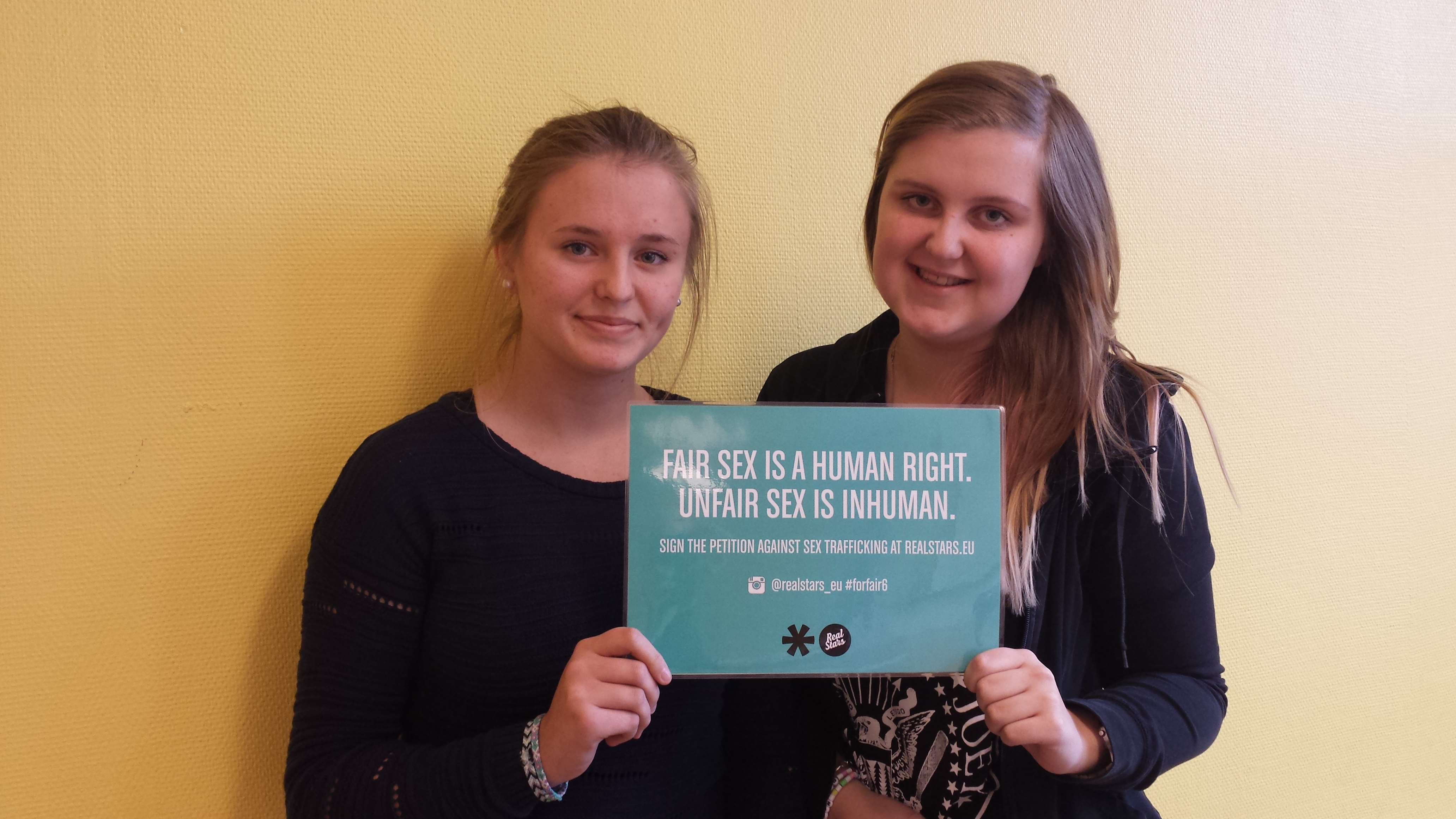 Students from the Frida Upper Secondary School in Vänersborg.

Lately RealStars have been conducting several mass lectures at upper secondary schools, among others for the entire Frida upper secondary school in Vänersborg and Drottning Blankas upper secondary school in Kungsbacka. Both lectures were for approximately 150 students. At the Frida school we also conducted practical workshops with two classes and among other things we received constructive proposals on how to work more on Fair Sex issues in schools and how trafficking and the demand of sexual services can be counteracted in society.
Students at both schools also took a stand with our signs of Fair Sex Messages and took photos, which they have shared on Instagram and other social media!

Here are three of the issues we discussed and work shopped at the Frida upper secondary school, and the suggestions we received:

How can our school become more Fair Sex friendly?
Act against harassments, etc. Counteract sexism, mean comments and limiting gender roles. Additionally, the school has to act when they suspect violations. Spread the message on Fair Sex, Love-bomb, show that you care, engage more people in these issues and remember that everyone has a right to their own opinion.
More knowledge, inform in an interesting manner, e.g. through more lectures and inform about more organisations. It is important to teach human rights.

Why are there mostly men who purchase sex and women who sell or are forced to sell sex?
Gender roles and norms; women are more objectified and the media contributes to this, the historical stereotypes depict men as the strong and dominant, meanwhile the women are the small and weak. We live in a male-dominated society and a culture where men generally have more power. More accepted for men to purchase sexual services. Guys more easily use threats and violence and additionally sometimes they are stronger. It is more difficult for a man to get an erection if he does not want to but women can be abused nonetheless.

How can we combat the issue of demand of sexual services?
Offset norms; more respect and empathy.
Tighten legislation, more severe penalties, decisions have to be made at the highest level.
Education: highlight the subject more clearly in the media, educate the people – especially the younger generations, and stop glamorizing it in e.g. TV-games. Clear messages on social media could help.