During the past week, RealStars’ voice on FAIR SEX has been heard and provoking in Brussels and during a panel debate at the Europe Day on May 9th. A seminar called “The Open Europe – possibilities and challenges were held in Gothenburg. The EU-Commissioner Cecilia Malmström, who is responsible for domestic issues, introduced the debate. The focus was on smuggling, trafficking, asylum and migration. These are great challenges for the EU and the conversation often touched upon cooperation and supranational institutions to counteract organized criminal activity. Jasenko Selimovic (FP), Mariya Voyvodova (S), Malin Roux, RealStars, Erik Siverbo, the Police and Andrea Spehar, University of Gotenburg, particpated in the debate and Gert Gelotte, editorial writer with Göreborgs-Posten, chaired the debate.

RealStars highlighted the issue of counteracting the great profits associated with the market for sexual services. The EU commission is primarily concerned with dubious actors and RealStars states that at this time the focus should be widened. It becomes almost impossible to counteract trafficking if no efforts are geared towards those who abuse vulnerable individuals, i.e. those who purchase sexual services and other consumers of products and services where victims of trafficking are involved.

The connection between legal prostitution and the slave trade is evident – the greater the demand is for sexual slaves the more intense the human trade is. The development in Europe is frightening where trading in sexual services is being normalized and trafficking is increasing in many countries. There is a human rights scandal in Berlin, a city that RealStars visited this year. Noticeably too little is being done to protect the women and children whom have been affected. Instead, the indication is that it is a right to purchase sexual services.

The EU commission has since 2012 commenced a founding movement to implement the new trafficking directive. However, I fear that the efforts will probably make little difference in reality when it comes to preventing trafficking or to contributing to increased protection for the victims. There is a fear of conflict that prevents accessing the root of the problem. The single primary cause of trafficking is prostitution and therefore the EU commission with Cecilia Malmström at the lead should implement vigorous actions to decrease the trade, both through implementing efficient legislation and other tangible activities which protects the victims and puts an end to trafficking. Gratifyingly, we do see other European countries showing an interest in the Swedish legislation that prohibits the purchase of sexual services. The EU parliament, through a new resolution is also highlighting the fact that the EU member states should decrease the demand for prostitution by punishing the individuals who purchase sex and not the prostitutes themselves.

RealStars will continue to develop our efforts on an EU level, to both support the forces that want to put emphasis on the victims and those that want to place responsibility on the abusers. Independently of what tragedies the people who purchase sex causes they are free from responsibilities. Additionally, the money involved is coming from those who purchase sexual services. This is one more reason for why we need to block the demand and the influx of money to intermediates.

The positive thing is that we can influence the progress! Sign our petition for a Europe free from trafficking. 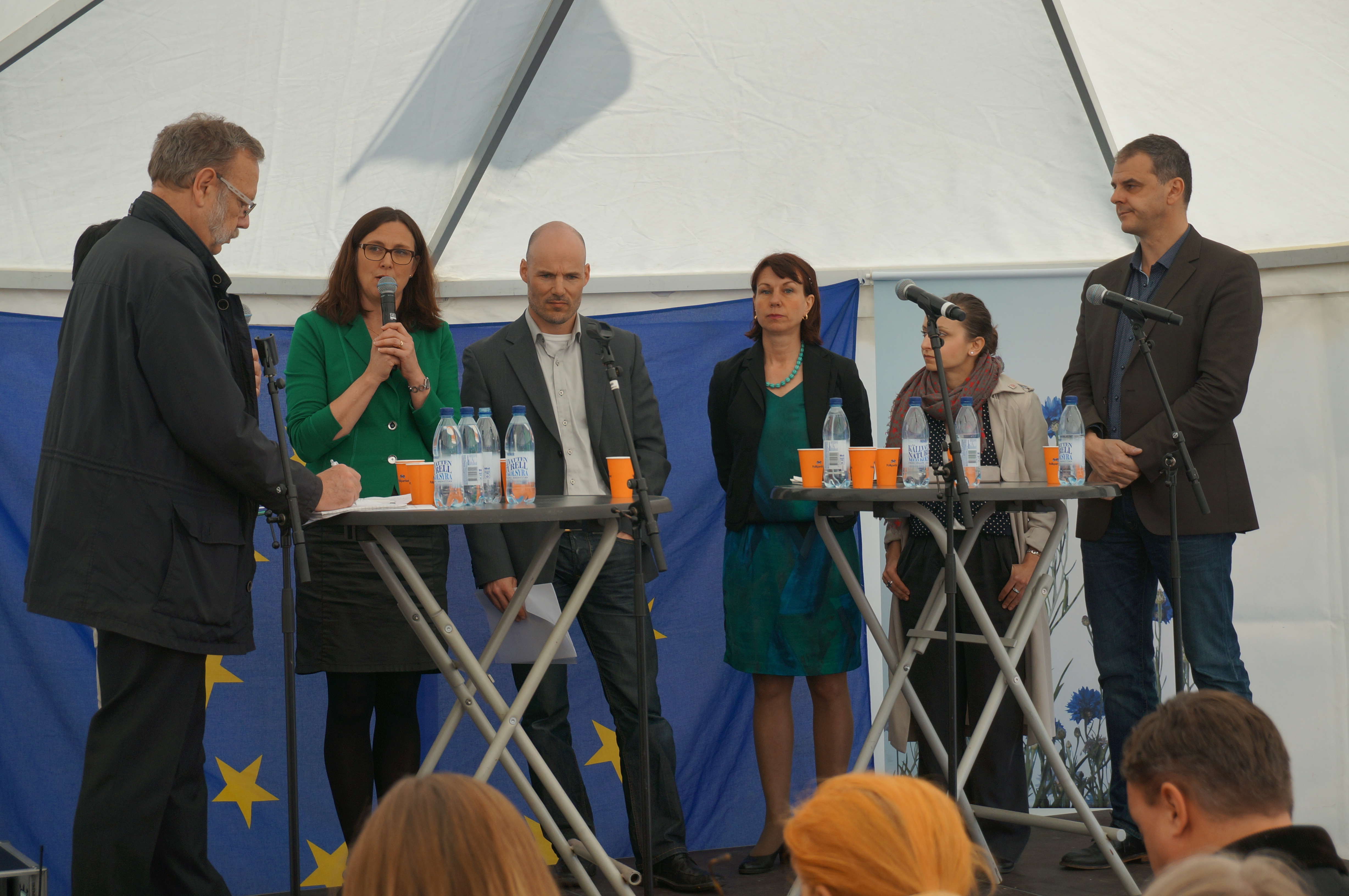