A global debate that most people have heard of is that of the legislation concerning the sex purchase industry and prostitution. Different countries have different legislations and on all sides there are debaters who are sure about being right. In Sweden we have, as most people are aware of, a legislation that criminalises the purchase, and also procuring. However, it is not a crime to be in prostitution. This law is being criticised from many directions. The opponents deem among other things that it aggravates the situation for those in prostitution. That the business goes into hiding and fuels the criminal participants. Instead, these people argue that the best would be to legalise all aspects of the sex purchase industry, to improve the situation for people in prostitution. The implication would be that if the business exists in the public space, it would be easier to control and secure the terms for it.

Even though these arguments may sound logical there are many concrete examples that confutes their credibility in practice. A legalisation of the sex purchase industry has instead shown to have the opposite effect. For example, there are several countries that have legalised the purchase of sex. I thought we would have a closer look at them and see how that went.

Germany is a well known example of a country where the whole sex industry is completely legal, without having went very well. According to RFSU, the conditions for those who are in prostitution in Germany has not improved. They have not gained access to the welfare system as it was intended, nor has it become any easier to leave prostitution.

The founder of RealStars, Malin Roux Johansson, wrote in an article for SvD together with politician: “On the governmentally sanctioned German brothels “normal German girls” don’t work, but girls barely of age from poor parts of eastern Europe”. Talita, an organisation that rehabilitates women that have been exposed to prostitution, and is active in the prostitution debate, writes on their website that ever since Germany legalised the sex purchase industry around 70 German women in prostitution have been murdered, while in Sweden it hasn’t happened anything similar since the introduction of the Swedish legislation.

Austria is another country where prostitution is legal. In the summer of 2017, Swedish radio (SR) did two news coverages about their brothel activities. They are told that the purpose of the brothels is that the women are supposed to be like independent entrepreneurs who rent their place. Similarly to a hairdresser who rents a chair at a hair salon, but that this does not work in reality. All police controls revealed that the women were controlled by a pimp, even though that was forbidden. It was also discovered that many of the girls were underage and carried false identity documentations. The chief of police who was interviewed also said that illegal brothel activities occurs, and that the human trafficking is hiding in the legal business. There was also made an interview with a woman who was manager at one of the biggest brothels for several decades. She explained that the women there were not well. Many developed anorexia and they felt a big pressure on them to earn 5000 krona every day. She said that if the women did not manage to get the money they could come back the next day with a black eye saying that they had been in an accident. Despite this situation there is not much support or rights for these exposed people in Austria.

Svt- news wrote a few years ago an article about Denmark where sex purchase is legal. Among other things they interviewed a number of Danish women who had experiences from prostitution. The women interviewed said that the prostitution had left them with deep scars and caused them mental and physical damage. When asked if a Swedish legislation would make their situation worse, one of them said: “There is already a lot of violence and I don’t think it would be much worse.”

Further proof of the negative effects of the legalisation are facts from RealStars, that emphasises that there are more victims of human trafficking and more expansive trafficking in countries where buying sex is legal. This is because in these countries there is a higher demand. On RealStars website one can see that around 8% of Swedish men buy sex while the percentage for German men is 25.

Bearing this in mind, one can note that the legal purchasing of sex is not in any way a positive thing, whether that is for the country or its individuals. The better option is the Swedish sex purchase act. Here are some examples on why:

The Attorney General Anna Skarhed evaluated the Swedish legislation and showed the result for the government in 2010. Among other things, she concluded that: 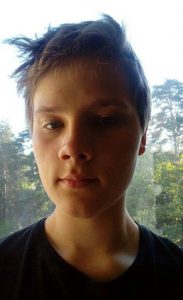 RealStars_eu Leaving no one behind - Breaking the science on trafficking for sexual exploitation” EU-kommissionens sammankomst i… https://t.co/D3xFF0qTzV
Feb 19 • reply • retweet • favorite