Mexico and its war on local drug cartels has gained increasing attention in recent years, in particular following the disappearance without trace of 43 protesting students from Police cells following their arrest. What is less well known despite the enormity of the problem is how women and girls are systematically and brutally kidnapped and forced into sex slavery. An article in the Spanish Newspaper El Pais states that in just nine of Mexico’s 31 States, 9,200 women and girls have disappeared in recent years. Between June 2011 and June 2012, more than 922 women disappeared from one of Mexico’s central states of which 60% were girls under 17 years of age. The figure of 9,200 underestimates the problem as almost all states refuse to release statistics on the number of women and girls that are kidnapped. 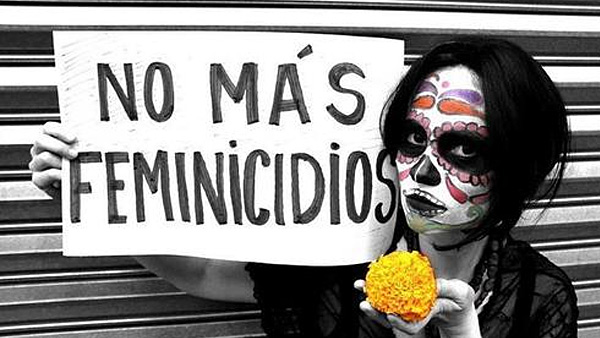 The El Pais article describes in detail the different strategies that are used by the organized crime networks to kidnap young women and girls. The article contains interviews with family members who have fought for years against both the criminal organizations and the authorities in the hope of being reunited with their daughters. The scale of the kidnappings to force women and girls – often as young as ten – into sex slavery in Mexico is almost impossible to comprehend. Unfortunately, this issue receives too little attention, which may be due to the fact that the corrupt Mexican authorities often ignore the problem or, in the worst case, may also be actively involved in human trafficking.

One organization that tries to force the authorities to act and that also tries to help and support victims of human trafficking and their families is El Observatorio Ciudadano Nacional del Feminicidio (OCNF). OCNF is actually an alliance of smaller organizations and operates what is in many cases vital work for the women of Mexico.

In another article in The Guardian Newspaper, a journalist asks why is it that countries such as England (but the question equally applies to Sweden, and all other countries for that matter) continue to welcome Mexico with open arms without demanding that President Peña Nieto acts against the systematic and gross violations of human rights taking place in Mexico.

On several occasions recently, Sweden has highlighted human rights abuses as part of its foreign policy and it can only be hoped that demands start to be made of Mexico to act against the escalation of human trafficking in that country.

El País article about sextrafficking in Mexico (in spanish).