In conjunction with the Human Rights Day, December 10th, RealStars is paying attention to the slave trade in Europe and wants the uprising of tightening the law to stop trafficking, reach the EU’s decision-makers.

Thousands of signatures have been collected throughout the year during our campaigns. The EU must make it a reality to protect the victims and not the sex buyer, who today is not accountable for his actions which fertilize trade, says Malin Johansson Roux, the founder of RealStars.

In 1948 the United Nations’ Universal Declaration of Human Rights was adopted. It means that we are born free and equal in dignity and rights. We have been endowed with reason and conscience and should act towards one another in a spirit of community. Article 4 says that No one shall be held in slavery or servitude; slavery and the slave trade in all their forms shall be prohibited.

RealStars has taken note of these important words and works actively against sex trafficking that goes on every day and affects millions of people worldwide. In Europe the situation is very alarming and Europe are said to have the highest number of slaves per capita in the world and an estimated 700,000 people in the sex slavery.

RealStars looks worryingly at the EU Directive from 2011, which missed an opportunity to criminalize the purchase of sexual services from victims of trafficking.

RealStars has collected nearly 6,000 signatures in various outreach activities and through the promotion page For Fair Sex – Against Trafficking. In order to even be able to prevent and stop trafficking requires a holistic approach to the chain of trafficking and also shifting the responsibility to the sex buyer, who accounts for the demand.
All signatures have been sent to all the Ministers of Justice in the EU member states – the petition and the names of all who have posted and think it is time for change. We shall everybody be able to enjoy our human rights!

Thanks to everyone who contributes to a Europe free from trafficking. 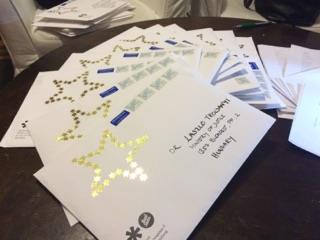 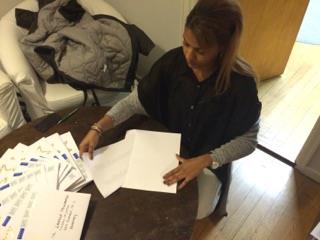