An article in New Africa Press called: “A Bewitching Economy: Witchcraft and Human Trafficking” sheds some light on human trafficking and how some human traders and smugglers threaten their victims to stay quiet. The article, focusing on trafficking in Africa, states that it’s not uncommon for traffickers to exploit the belief in spirits and beings, called Juju in order to mentally dominate, manipulate and silence the people they smuggle within Africa or to other countries. 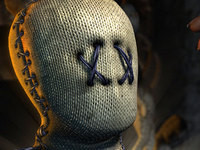 A problem with Juju is the common and traditional belief in child witches. Many children are socially isolated and are forced to live on the streets as they are believed to be child witches through media and traditional authorities. Children who are considered witches are believed to cause divorce, infertility and alcoholism. Therefore they are shunned from society and live on the streets where they are exposed and become easy prey for traffickers. Identifying children as witches can also be lucrative, even though the consequences are catastrophic as traditional priests can (after identifying the children as witches) free the children from their fate, a service they naturally charge money for.

The belief in spiritual beings and spiritual punishment is common, especially in regions with high poverty rates and low education. But the traditional religion is strong all over society, even among authorities and social workers.

Nigerian National Agency for Prohibition of Traffic in Persons (NAPTIP) discovered in 2008 that about 90% of the girls who were smuggled to Europe took so called “oaths of secrecy” wherein they had to promise to never speak of their situation or witness against the people who smuggled them out of the country.

Many girls who have been trafficked often have symptoms in common with those of post traumatic stress (PTSD). For those who don’t understand what is going on, the symptoms seem to confirm that spiritual beings are punishing them, as a result of Juju.

The article confirms that trafficking entails manipulation, threat and coercion and that the girls and young women who become trafficking victims do not choose their own situation.