During the last few weeks RealStars Stockholm have had a crammed schedule of exciting school visits. We have amongst others visited Birkgårdens Folkhögskola, Bromma Gymnasium and Påhlmans Gymnasium.

During our visit to Birkagårdens Folkhögskola the students received a short introductory lecture on trafficking, prostitution and Fair Sex before they had the opportunity as a whole to assert their views on the attitudes around sex and co-existence, trafficking and *prostitution. This general exercise led to rewarding discussions that were kicked off by a comment from one of the pupils – “you have to see yourself in the framework. How do I behave as a man or woman? Why do I behave in a certain way?”. Many started to reflect on their own and others behaviour in various situations, why we act a certain way and how we are programmed to react and behave depending on our gender identity. The pupils were then asked to discuss the concept of Fair Sex, and how it is possible to spread the concept and make people more aware. One of the suggestions was – “not to unconsciously support the sex trade by for example visiting Red Light Districts (as a fun thing to do)”. See more suggestions in their manifestos below. 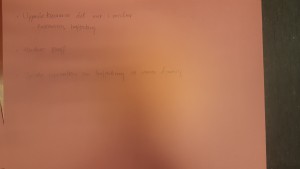 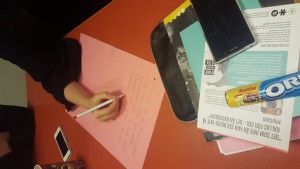 As the class we visited at Bromma Gymnasium were studying law policies, the focus here concentrated on the Swedish legislation on the purchase of sex, which when introduced in 1999 was unique (the model was then exported to Iceland, Norway, Northern Ireland). During the visit many in the class were outright infuriated that so many adult men in Sweden have paid for sex (7.2%) and everyone was in agreement that it is something we must oppose.

Yesterday RealStars had the privilege of visiting Påhlmans Gymnasium where we met two classes who were studying Sociology and Society. These classes showed huge engagement and were engrossed in discussion. We had the chance to go deep in to the exercises on values, where we sat down together and discussed and reflected around norms and values that apply to sex and co-existence, trafficking and prostitution. We felt like this was very useful and rewarding, and it was certainly evident that the students understood how these phenomenons go together in the bigger picture. See below for pictures from our time at Påhlmans Gymnasium. 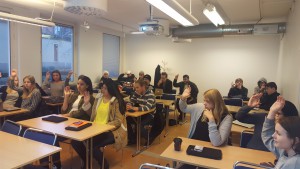 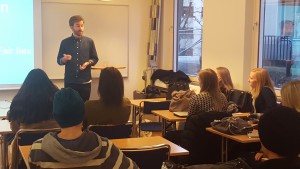 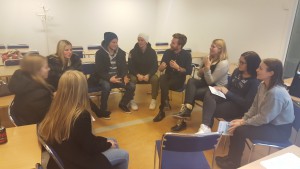 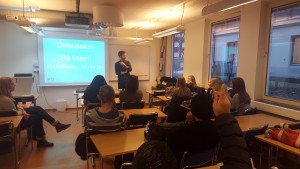