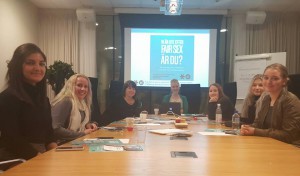 – It was really rewarding, and particularly fun was also that Clarion Hotel Sign supported us with a fantastic conference venue and a yummy fika, Alexandra says.

The Kick-off is part of Realstars’ new efforts on volunteering and the newly-recruited Thèrése Paulsen and Jenny Gustafsson also participated in the event.

– Both Jenny and Thèrése contributed with presentations and talked about RealStars’ work. Thèrése has recently joined us as the process manager in the Stockholm region and is in charge for our outreach at schools, and Jenny is an active process manager in Gothenburg, working primarily with companies and CSR issues. 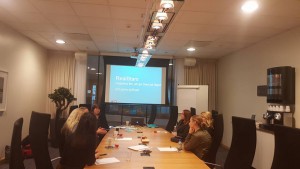 New, interested and established volunteers got the chance to learn more about our organisation and how we work towards a trafficking-free Europe, what trafficking is and what opportunities are there to get involved as a volunteer. Many interesting conversations also took place as PowerPoint presentations were mixed with topics to discuss.

Questions that were intensely deliberated at the meeting included “Why does trafficking exist and what can we do about it?” and “What should Stockholm’s city do?”. It was a great combination of people – students, lawyer, political scientist and criminal detective. A particularly passionate discussion was of course prompted by the question “How can I contribute?” and many were interested in the statistics as well as in the situation with the Swedish justice system. Some were interested in getting involved right away and recommencing the Twitter efforts. That will get going at the end of April so watch this space! And if that wasn’t enough, many volunteers can be found at the Återvinningsfesten at Hornstull on 29th May.

– It’s important that we are seen at the public events and spreading the word about RealStars, but just as importantly it’s a good team building opportunity for volunteers in the Stockholm region, and those who can make their way there of course, adds Alexandra.

Right now we have more efforts under way for volunteers and future Fair Sex ambassadors. The next kick-off will be held on 5th May. Would you like to participate? Or find out more about how to get involved? Contact alexandra@realstars.eu today! 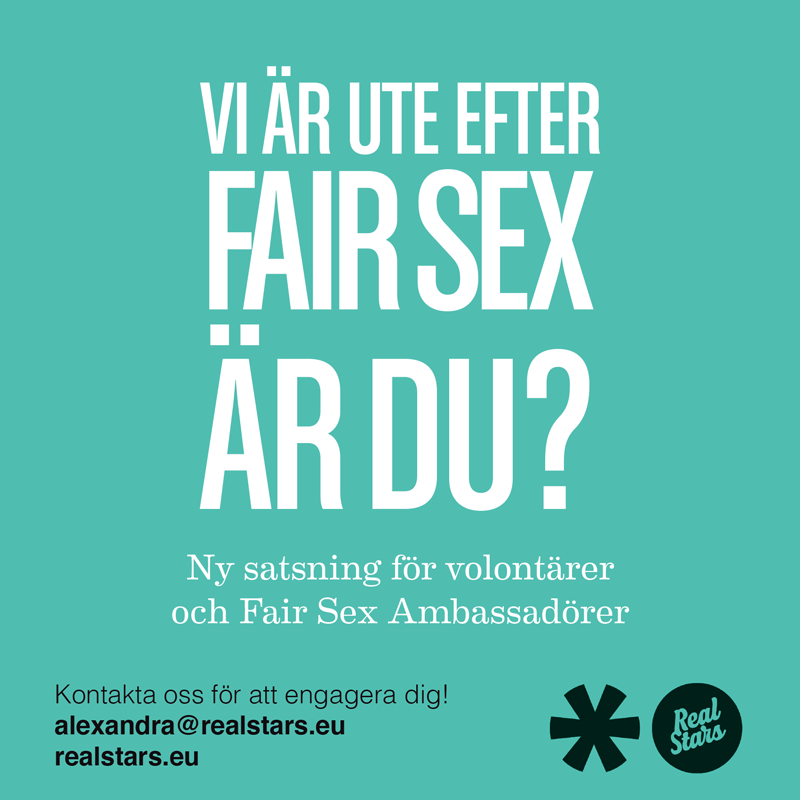