In the beginning of February there were two visits at Grillska Skolan and the students in the two English classes that we met got an extra challenge whilst trying to discuss and answer the questions in English. 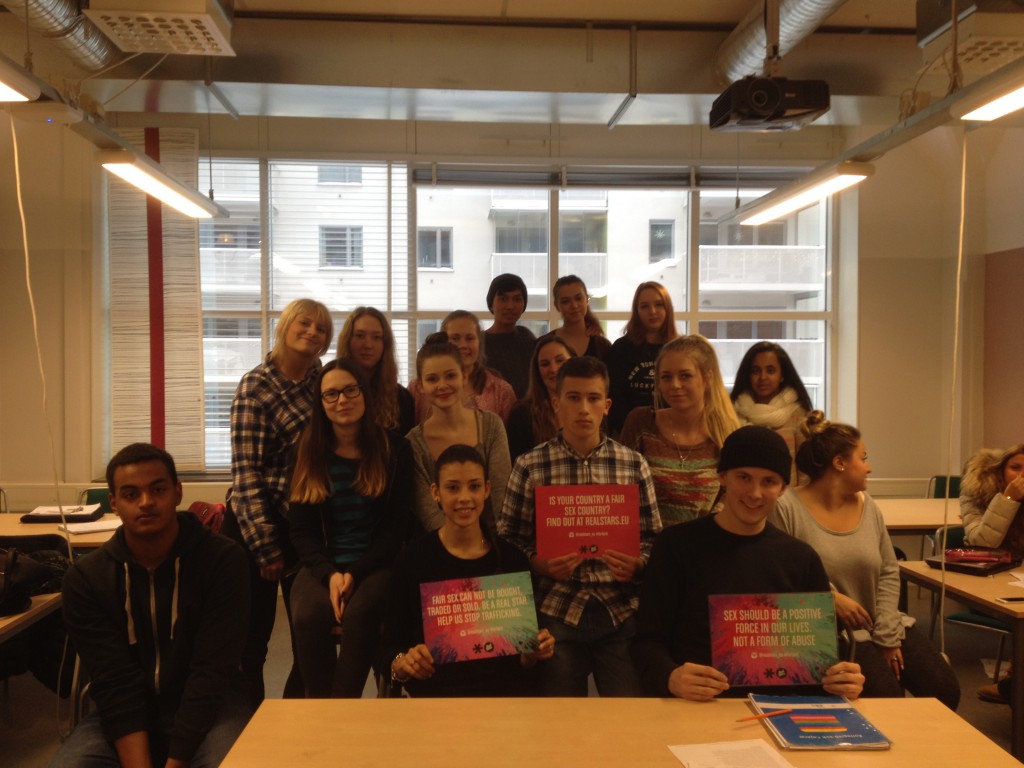 On our first visit with the high school juniors we had an engaging and inspiring discussion. We discussed the question “We have seen examples of unfair sex – where trafficking defines the worst kind. Are there more examples of unfair sex? The students brought up the problem of the so called “cat calling”, which refers to situations where women are objectified, meaning they are treated as objects. When we talked about how we could support each other in order to not become victims of sexual violations, the students recommended that we spread knowledge about the existing problem and to create support-groups, in order for victims to have a place where they can talk and receive understanding as well as support. One student had the idea of having personnel around the city – for instance at the subway. These people would make sure no one got violated. Another student thought involving an ice hockey team, for example having stickers with the RealStars logo on the helmets. Such great ideas!

The second visit with the high school seniors gave a very exciting result. The students used their creativity and created different collages of what Fair Sex and unfair sex meant to them. All the collages will be put out at an exhibition at the Grillska Gymnasiet in Mars. The exhibition is about different kinds of repression in our society.

To see what Grillska Skolan has created, check it out here! 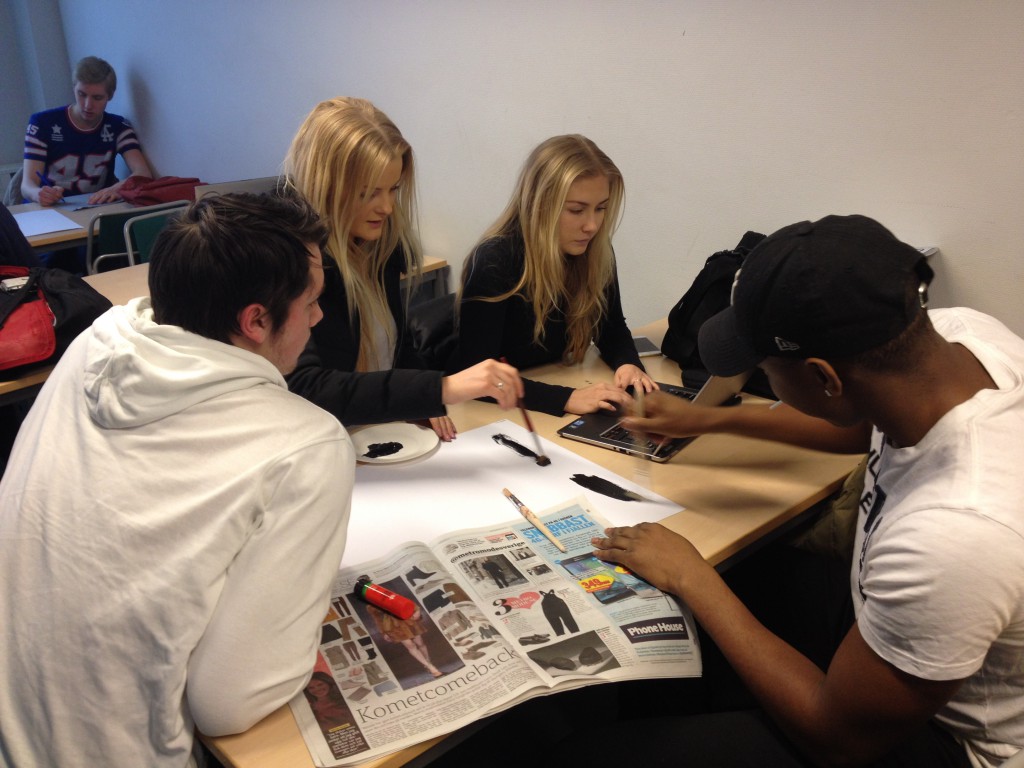 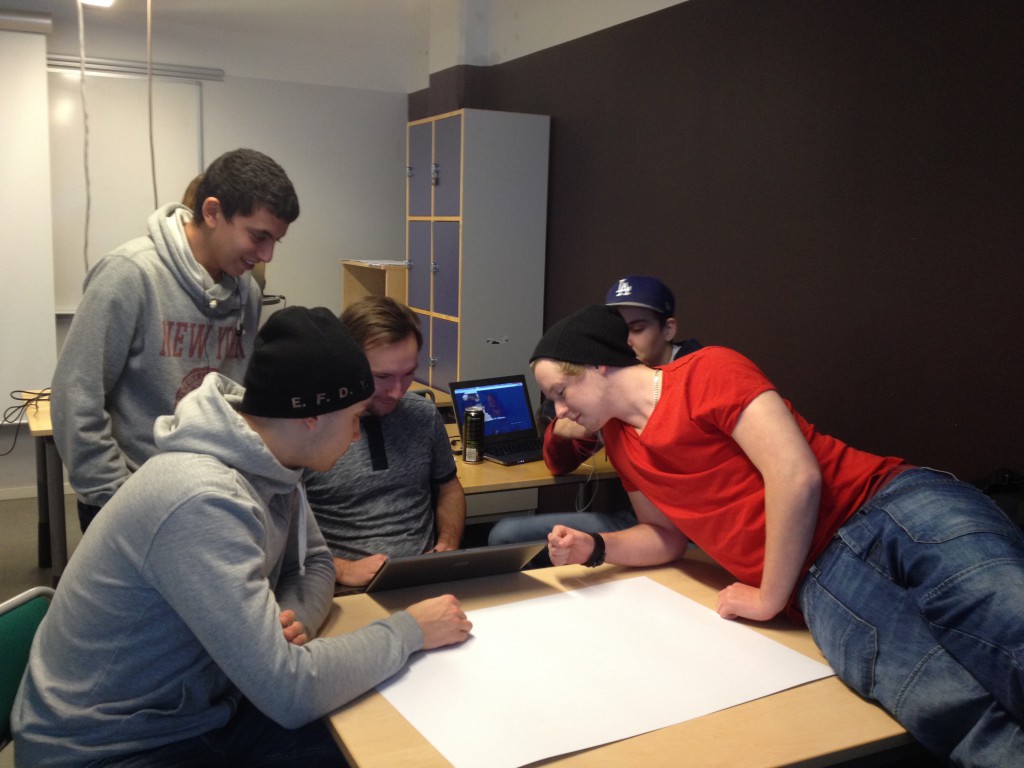 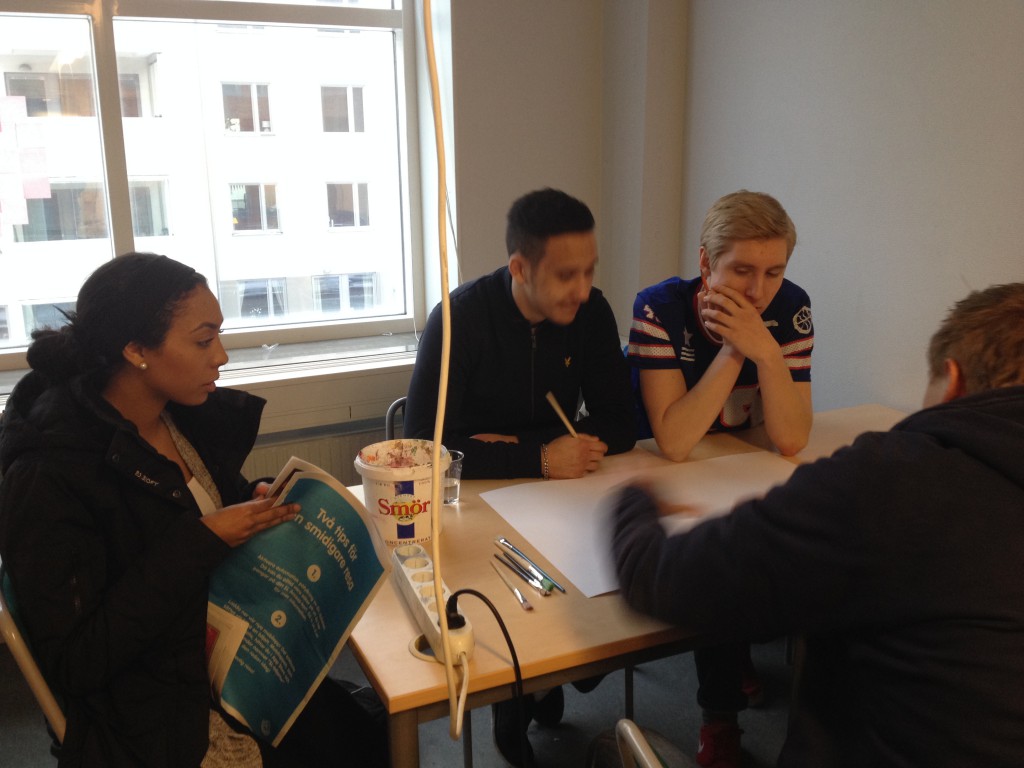