Today, October 18th it is the EU’s anti-trafficking-day, a day when we give extra attention to the extensive human trafficking that is happening today, right now, and yesterday as well as tomorrow. Selling or buying human beings, slavery, is something that most people would relate to colonialism, something that happened a long time ago. That is why we are using this day to bring attention to the fact that human trafficking is a substantial problem to this day. 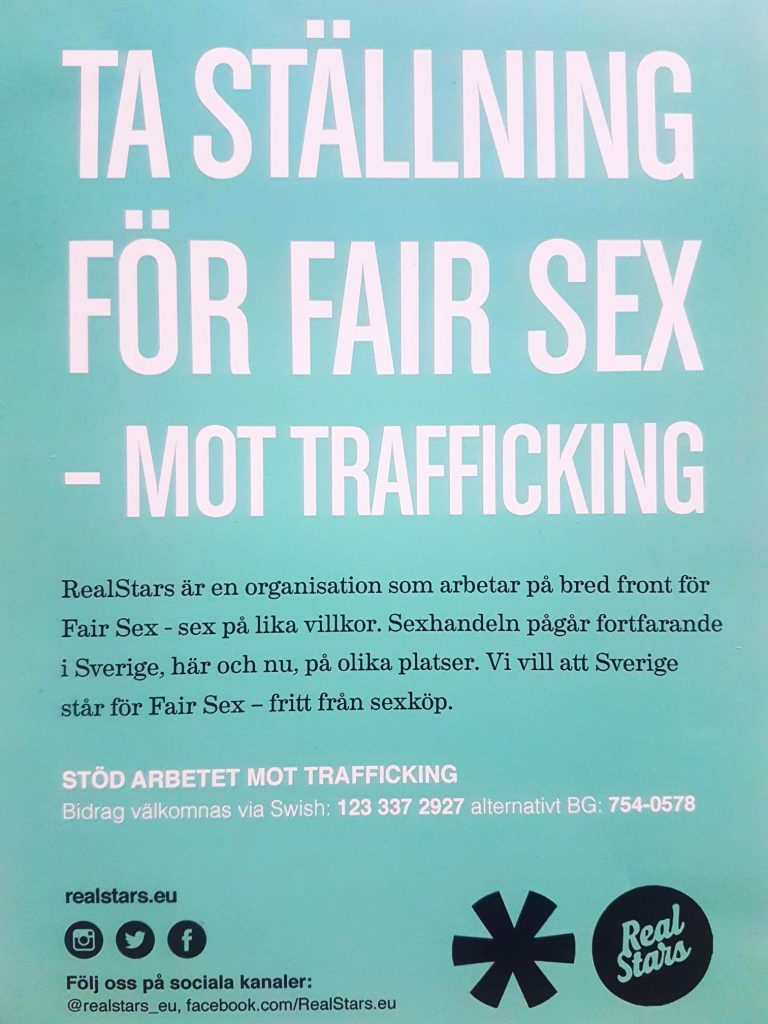 Through threat, force and impermissible means people are taken from their homes, to richer destinations. The people that we are speaking of are socially and economically extremely exposed and they are either sent or tricked within a country or to another country to then later be used as workforce or within the prostitution industry.

Sex purchases is the determining factor to why human trafficking for sexual reasons exists. Still sex is being bought way too often undisturbed and few pay attention to attitudes that normalizes sex purchasing. In preparation for the EU’s antitrafficking day 2018 Europe stands before big challenges to change the normalized prostitution industry and the deep rooted myths about prostitution. The commercial prostitution industry is today a widespread phenomenon on the internet in the shape of digital brothels and social platforms, but it also still exists in the hotel and bar-world. Europe is thought to have the highest amount of victims to trafficking per capita in the world.

The tourism industry is one of the industries that can make a difference and lots of hotels, cafes and bars have gotten involved and stand behind the campaign’s message “We don’t welcome human trafficking” and “We don’t serve perpetrators”. Up to 50 participants from the industry have participated this year, predominantly from Stockholm and Gothenburg. Guests can also participate, influence and make a difference through for example donating to the fund related to the campaign.

“In that way we call all help out, to make this a better world. If this is a way for us to get on the train then that is what we will do” says Mia Waldenstedt at cafe Louie in Stockholm, a cafe that is participating in the campaign. 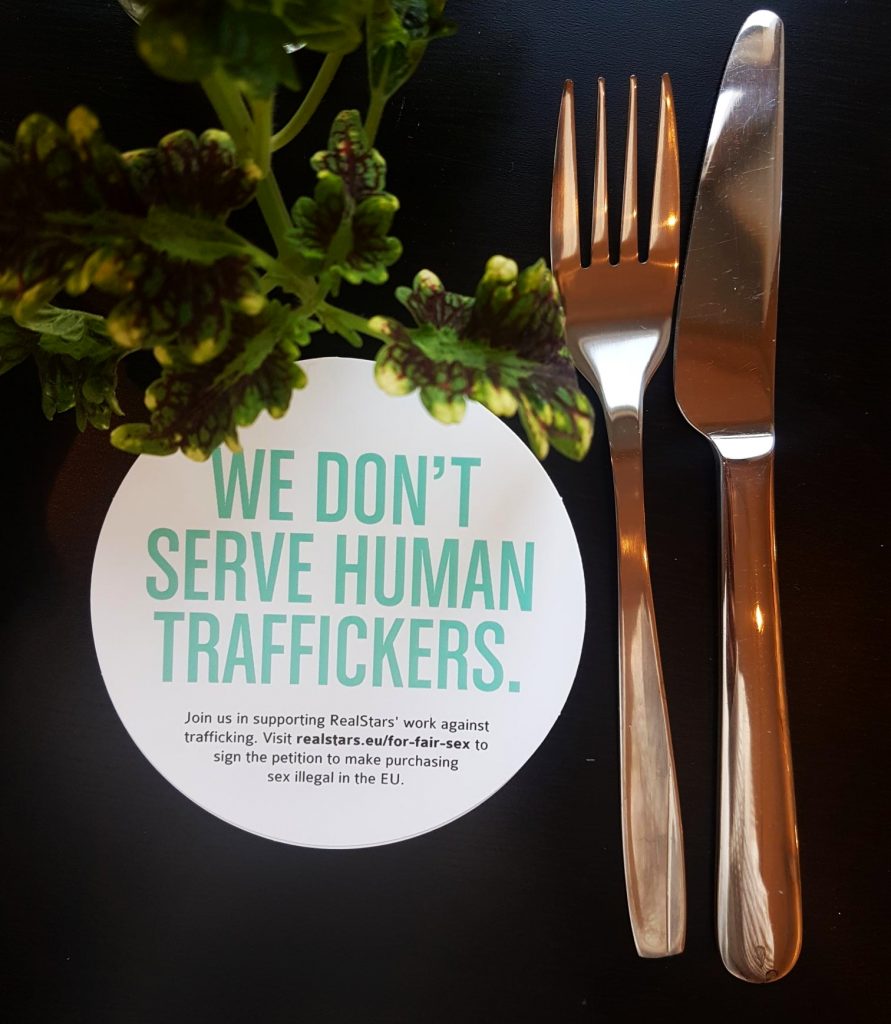 Human trafficking means immense infringement of the fundamental human rights and EU’s anti-trafficking directive is demanding that the member countries prevent and protect as well as prosecute those suspected of human trafficking.

“In the light of #Metoo openness and awareness for the question regarding sexual assault. It has become more clear were the blame should be aimed at. It has also opened up a discussion about sex purchases and that we have a responsibility to make it clear that we do not agree with those trying to normalise it” says Malin Roux Johansson, RealStars secretary-general.

Trafficking exists do to the fact that there is a demand for it. Less demand, means less supply and exploitation. This means that every time that YOU speak to someone about trafficking and prostitution, every time YOU get someone to realize what an immense problem this is, YOU ARE MAKING A DIFFERENCE. Demand roots itself in attitudes and values regarding equality, and that is the way that we have to go to countervail demand.

Today there is around 40 bars, cafes and hotels in Stockholm and Gothenburg that have made the decision to collaborate with us, for the sole reason of starting this conversation. A big thank you to all of you! If more people talk about it, more people will realize what a grave problem this is. From there it is not long before we can impact politics even more. Together we can end modern slavery.