The EU Anti-Trafficking Day, October 18th, was a great opportunity to highlight and raisepublic awareness about sex trafficking and the purchasing of sex. This year’s campaign included 35 partners who collaborated to reach a new audience with the message about Fair Sex.

At the Clarion Hotel Stockholm, one of our partners in ‘Hotels Against Trafficking’, the day began with full attendance to a breakfast seminar about Swedish sex-purchasers in Thailand –their attitude and behaviours [Read more about the report here ]. This day was also acknowledged at Hotel Flora and Clarion Hotel Post in Gothenburg as well as Hotel Kung Karl in Stockholm, among others. There, the guests came with messages like “we do not welcome human trafficking”!

RealStars student union at Elov Lindälv High School recognized the day by setting up a booth to inform their fellow students about their work against trafficking, sex-purchasing and sexual harassment at school. Throughout the day, they gained many new members, which indicated that there is a big interest in engaging in these issues when given the opportunity. This initiative was fantastic to see!

Also in Stockholm, some utilized this day to spread awareness with a school visit to Bromma High School, where the atmosphere was bubbling with questions and dedication to the cause.

One exemplary partner that made a notable stance against trafficking is Restaurant Más in Gothenburg.

Similar to previous years, RealStars has collaborated with cafes, pubs and hotels to recognize and campaign for the EU’s Anti-Trafficking Day. Together, around 35 partners in the tourist industries in Stockholm and Gothenburg have chosen to take a stand against trafficking and the purchasing of sex in connection with the campaign. One exemplary partner that made a notable stance against trafficking is Restaurant Más in Gothenburg. They established a donation collection box, sported their Fair Fucking Sex t-shirts and created their own signature anti-trafficking drink, where a portion of the proceeds went to RealStars. We would also like to extend our sincerest thanks to Dirty Records, Ölstugan Tullen, Café Publik, Bönor och Bagels and Sejdeln in Gothenburg.

In Stockholm we would like to thank, The Churchill Arms, Urban Deli Nytorget, Movitz, Mackinlays Inn, Café Louie Louie, Café Twang, Katarina Ölkafé and Kvarnen for their cooperation and support. 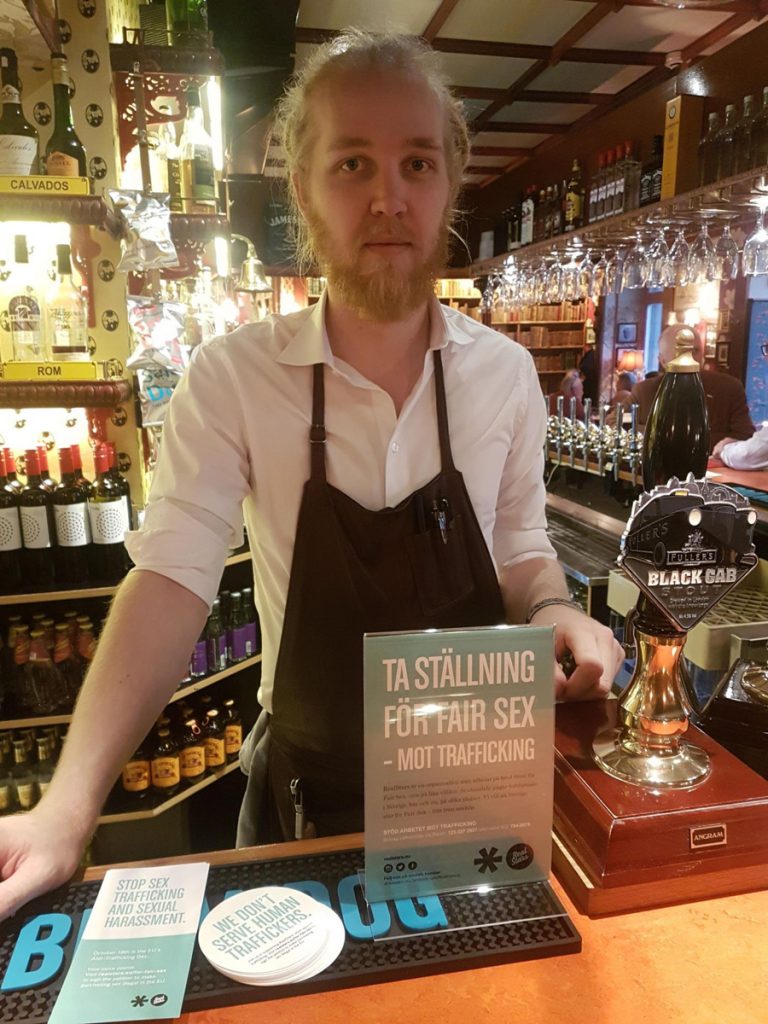 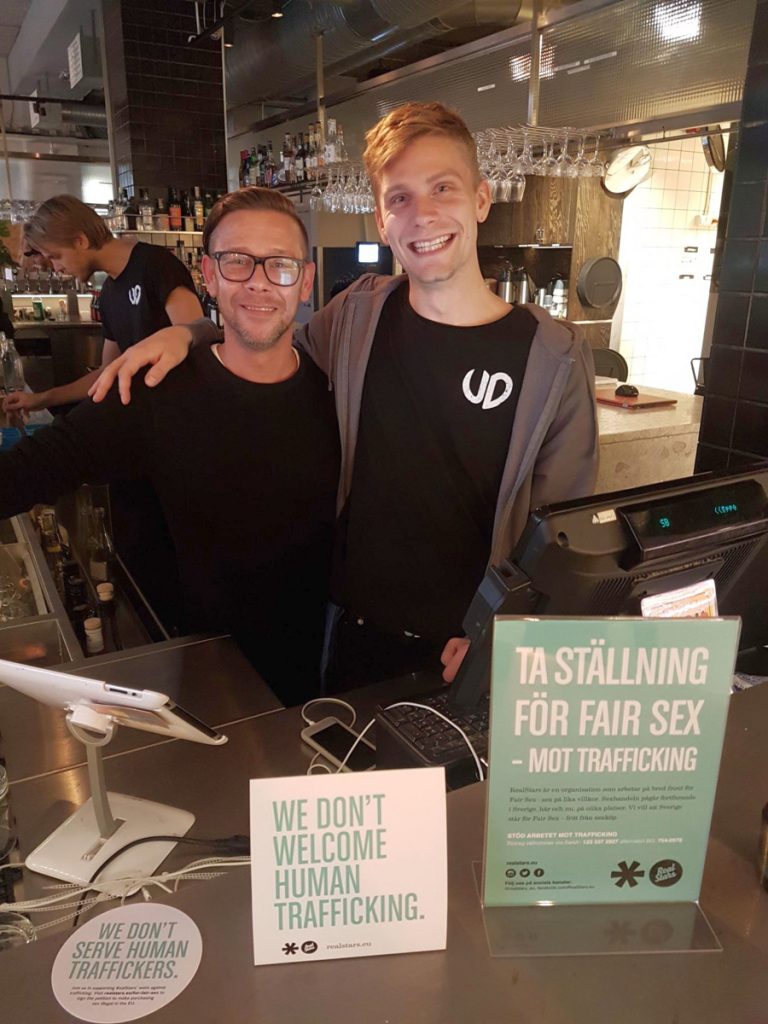 We would like to extend a big thank you to EVERYONE who participated in the campaign in any way. We are so pleased with the amazing cooperation and involvement in the fight against trafficking and prostitution, and for fair sex for all!