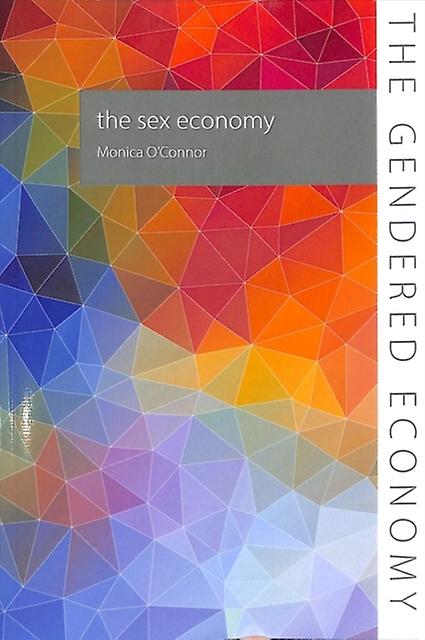 Realstars’ guest blogger Robert Schenck regularly contributes with reviews of movies, books and other things that deals with trafficking, prostitution and sex purchasing. This time, Robert Schenck has taken on the book The Sex Economy, which brings up different perspectives on prostitution and decades of research and debates. One strength of the book is how the debate is put into a broader perspective, for example equality, social norms, market forces and human values.

If you are of an academic nature and want to explore the last decades’ research and debate regarding prostitution, The Sex Economy is the right read. Despite its scientific nature, the book is neither stiff nor boring. It is a challenging read, but the book covers a lot of ground, is relatively short (around 100 pages) and extremely well-articulated. For example, regarding the statement that women get into prostitution by their own free will, O’Connor writes:

“Whilst it is important to recognize the diverse experiences of women, failure to fully examine and integrate the globalized, structural and socio-economic factors which drive girls and women into the current commercial sex trade renders this framing of choice to enter sex work untenable.” (s. 14)

The author is careful to only use the term ”sex work” in contexts where she is describing or quoting people who want to legalize or regulate prostitution. The term is more or less consciously used by advocates for legalization in their strive to equalize prostitution with any other profession or market. O’Connor herself is an ”abolitionist” and understands that the legalization and regulation in for example Germany and Holland has been a great failure. The author argues instead to criminalize the purchasing of sex in accordance to the so called ”Nordic model”, and is thus using the terms ”prostitution” or ”commercial sex trade” in her own writing.

The core issues in the prostitution debate is discussed thoroughly, chapter by chapter. Each section begins with a summary of the so called ”sex work” discourse. With the help of many quotes and abstracts, the reader gets a full picture of how the legalization lobby reasons in each specific matter. This is followed by an account of the latest publications by writers that support the ”Nordic model”. This configuration makes the book a great source of information for anyone who wants to argue against those who want to legalize or completely deregulate prostitution and stand up for the criminalization of sex purchases, both on a national and international level.

Although the Swedish Sex Purchase Act has great support here in Sweden and five other European countries have followed the Swedish route, the powers of the ”sex work”-lobbyists should not be underestimated. Everything points to strong commercial and criminal interests being behind them. Continued educational efforts for the ”Nordic model” is necessary, and The Sex Economy will give the reader expert knowledge.

The Sex Economy is a part of The Gendered Economy a series of books that all involves the economy from a gender perspective. This is another one of the book’s strengths, since the debate on prostitution continuously is put in a broader perspective, for example equality, social norms, market forces and human values:

”A core demand of feminism has always been women’s right to bodily autonomy and sexual integrity. It is difficult to sustain the sexual liberal argument that prostitution sex does not violate those rights when listening to the voices of women in prostitution and examining the evidence of immense harm they are subjected to. There is a critical need to continuously promote a positive, liberal and chosen sexuality for women and men and to demand the right to sexual pleasure, freedom and diversity. However, seeking to frame prostitution as part of that sexual freedom is deeply flawed.” (s. 108)

If you have read books / seen films or anything else about questions that concern RealStars’ work and want to give tips to others, please contact info@realstars.eu!