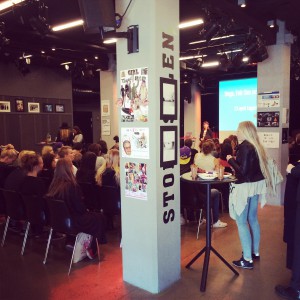 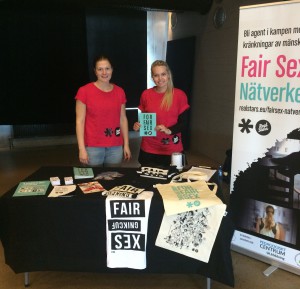 Our exciting event at Frilagret in Gothenburg on April 23 turned out to be a great success. Around 80 people showed up to listen to interesting lectures and panel discussions, view art and talk about the issues at hand. The topics discussed ranged from internet to young people and Fair Sex – sex on equal terms with mutual respect.

This afternoon was an effort to support the work for young people who are being harassed and threatened online. It became obvious that such internet bullying and abuse mirror our norms and values in society.

The first event on the agenda regarded what has been known as Instagram-målet (the Instagram case). Two years have now passed since the incident and former headmaster for Plusgymnaiset (the Plus High School), Lotta Krus, joined us to discuss the matter along with Birgitta Dellenhed, Head of the Police Department for Juvenile Investigations, and Sara Males, Project Manager for En skola för alla (A school for everybody). 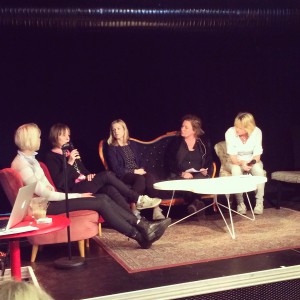 Lotta began by telling us how the whole incident started. How some students at Plusgymnasiet came up to her office, showed her the Instagram account and told her what was going on. The number of followers increased rapidly the same day and rumours started spreading that the person who created the account was a student at Plusgymnasiet. It was exciting and impressive to hear how Lotta handled the situation and how fast actions were taken and support offered to the students. At the same time, the story also demonstrated how difficult it can be to address online abuse and harassment. In just a few hours the content can spread to thousands of people and create immense damage to those involved.

Birgitta Dellenhed went on and told us about the police’s actions in regards to the Instagram case. Sara Males then informed us about the joint project with Göteborg Stad, private and municipal high schools and the Friends organisation. Together they offered courses to all principals in Gothenburg, meetings for parents and lectures about online bullying. They also put together a brochure which was handed out in all schools in the Gothenburg area. The brochure is available for download here. 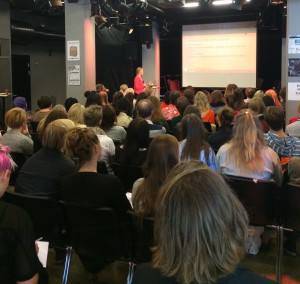 Author Caroline Engvall was also present at the event and told us about the many children she had met throughout the years. Their stories were gripping and she also presented shocking facts that a staggering 25% of all girls in Sweden have been victims of sexual abuse. She went on to give hands-on advice about how you can help a child who is being subjected to bullying and other forms of abuse online. Don’t hesitate to ask and try to see it from the perspective of a young person was one of her advice.

Some 50 students from Öckerö Seglande Gymnasium also joined us this afternoon. Four of them participated in the final discussions with representatives from Tjejjouren Väst, FATTA, ATSUB, the police and Realstars. The discussion was focused on how we can work to empower young people, both online and in “real life”. Through this discussion it became evident that these problems are bigger than the internet and social media. In large it is about how we treat each other in society overall, what norms and values we adhere to and how we change them. The youths present came up with many good ideas in regards to what they themselves can do to promote Fair sex but also what adults could and should do. Many thought that there is overall room for improvement when it comes to adult engagement in what is going on online and not just dismiss online bullying as something trivial. 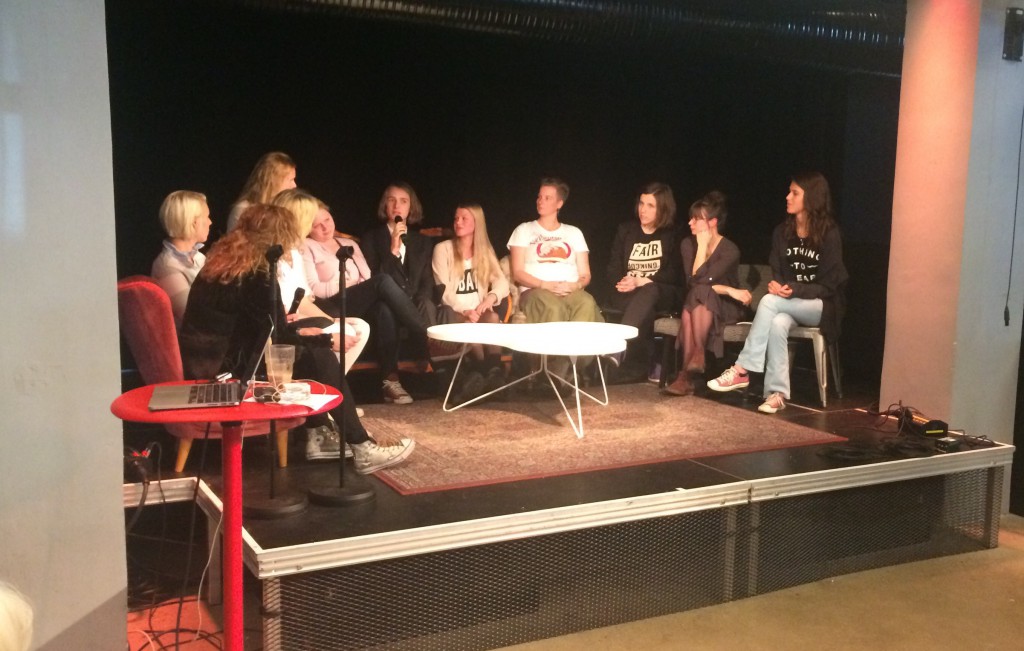 We must all improve our ability to question and critically scrutinise the expectations on young girls and boys. There are incredibly powerful norms about gender, sex and relationships that must be brought into light and challenged. We have to strengthen the concept and implications of Fair Sex and through this effort work to prevent all forms of sexual abuse and violations.

An important conclusion from all these discussions was the importance of asking questions. Just like parents ask their children about their day in school, the party they attended and their day at their friend’s house, parents must start to ask: What happened on the internet today? On Facebook? How do you feel about that what is going on there?

Young people spend more and more time online. What is going on there socially is just as real as what is happening on the outside. This is something that grown-ups have to learn to understand. As one of the participants in the panel discussion stated: We cannot just dismiss the problem by claiming that adults do not understand the internet or spend time online. We have to be there and we have to learn.

Young people’s vulnerability online continues to be a topical issue and this very informative event was a way of emphasising the problem. We now hope that similar events and corporations will be initiated in the future. Lastly, we would like to thank all participants in the panel discussion, visitors and Frilagret.