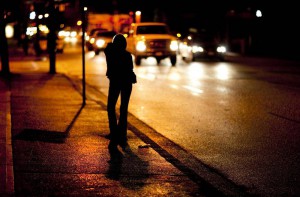 The prostitution laws of Canada are being looked over, and the new law proposal from June 1st this year is partly inspired of the Swedish sex trade law. Focus will now be put on pimps – “they who treat sexual services as merchandise”. The proposal has met resistance, though, and the argument is that it goes against women’s rights.

During the summer, the Canadian parliament has taken a stand when it comes to new sex trade laws. The reason for this is a decision from the Supreme Court from December 20th 2013. The decision is regarding the laws that prohibit brothels, prostitution in public environment, and living off of incomes that are generated through prostitution. According to the Supreme Court, the laws are in conflict with the foundational laws and the woman’s right to self-determination. The decision gave the Canadian parliament twelve months to rewrite the countries sex trade laws.

Six months later, in June 2014, the law that prohibits the purchasing of sex arrived. The new sex trade law looks a lot like the Swedish sex trade law, a law which Sweden was the first in the world to introduce in 1999. According to Canada’s attorney general, Peter MacKay, the idea is that the law will focus on pimps, they who treat sexual services as merchandise (Svenska Dagbladet, 2014). The new law also enables pimps to be sentenced to up to ten years of prison. Punishable parts of the law proposal also regards people in prostitution, “sex workers” that is selling sex in public environments, and people that advertise selling of sexual services. The law proposal still isn’t quite finished, but the expectations of the Canadian parliament are that the proposal will go through in December 2014.

The proposal has met some resistance, from women working in the sex industry amongst others. Their opinion is that the law is in direct conflict with their constitutional rights to life, security, and freedom. Women’s right to self-determination is a foundational part of the struggle for gender equality. At the same time, it is a fact that there is a big group of people that, since it is highly profitable, don’t like the idea of changes regarding prostitution. The following citation is in its rightful place:

“The fact that women have the right to sell, masks the rights of men to purchase” – Francoise Heritier, anthropologist and emeritus professor of College de France.

Sex trade laws are a crucial part of the struggle against sex trafficking, especially those laws that focus on the buyer instead of the supplier. This is to make it easier for a person involved in prostitution to look for help. Regarding the Canadian law proposal, RealStars are positive, and are also hoping that the proposal goes through to meet the same success as the Swedish sex trade law has in Sweden.