October 18 is the anti-trafficking day. For the fifth year, we at RealStars note this by inviting you to an inspiring day. Here you can, by buying an exclusive painting by the artist Caroline af Ugglas, help support our persistent work for a Europe free from trafficking. The goal is to sell 50 paintings. Trafficking is closer than we think. Only in Europe as many as 700 000 people are victims of trafficking. Most are women and children. Globally, the number of victims of trafficking is 27 million (the majority for sexual purposes) and 27 percent of them are under 27 years old.

Demand and fair promises. It is no wonder that there are so many who are being exploited – a person in a vulnerable position is easily fooled by fair promises into a situation of prostitution and sexual slavery. Some of the most vulnerable are young people, people on the run, people in financial distress, and sexual minorities. Demand is the main reason that trafficking exists and decriminalization of the global sex trade will lead to increased demand for sexual services, and even more trafficking.

The most effective way to stop trafficking is to reduce the demand for sexual services, at a European level. We at the nonprofit organization RealStars are acting forcefully for a mutual legislation on buying sex in whole Europe. If you would like to help us, you are welcome to A-ramar in Gothenburg, October 18!

The exclusive painting by Caroline af Ugglas is produced in a limited signed edition and it is a strong symbol that makes a difference. During the campaign week, and anti-trafficking day, we sell it for only 2900 SEK, instead of 3900 SEK. 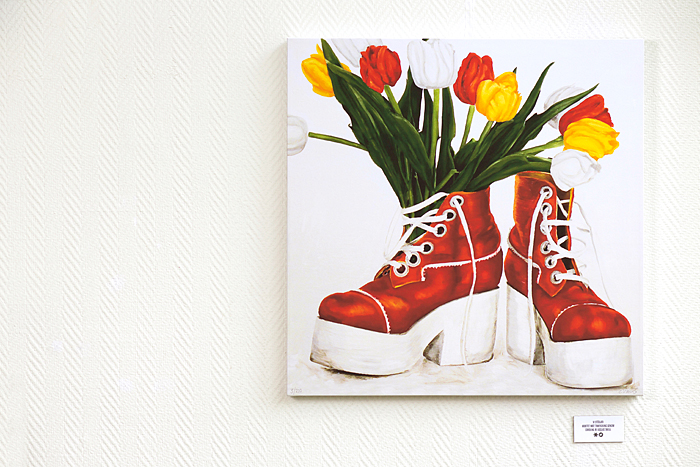