In the project “Business free from trafficking”, RealStars develops both new and already established methods for combating the sex trade, which contributes to violence against women. The cooperation with hotels, taxi companies and other actors within the hospitality business, means a common effort in ensuring that the branch becomes more effective in stopping sexual exploitation. 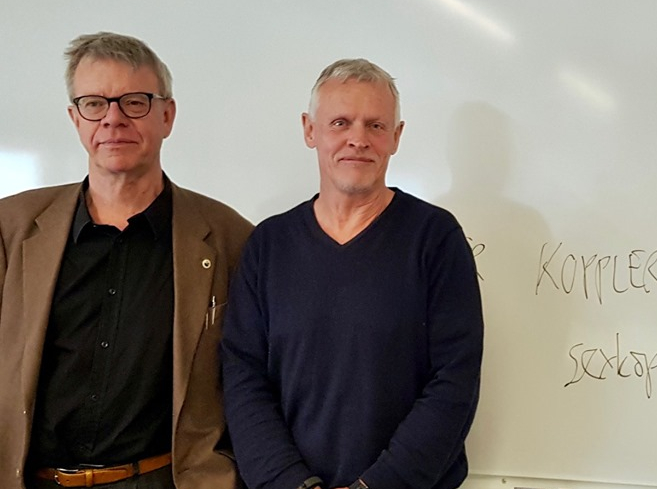 Thomas Ahlstrand, deputy head prosecutor of the International Chamber of Prosecution in Gothenburg, and Mats Paulsson, senior advisor at Swedish Gender Equality Agency, at the gathering in Gothenburg, may 3rd.

2019 sees RealStars leading the work though competence meetings, where knowledge is introduced and methods improved. During the month of May, RealStars met over 120 representatives of actors from Malmö, Gothenburg and Stockholm within the hospitality industry, who are at risk in coming in contact with the trading of sex, and who want to take responsibility and work towards a business that is free from trafficking and prostitution. In RealStars´earlier initiatives of “Hotels Against Trafficking”, as well as “Business Against Trafficking”, companies and actors in the hospitality industries engaged in taking a stance on the topic, and the present project develops the initiative of connecting up actors, in order to together find new ways and tools that can reinforce the work. Many hotels express their awareness of the problem, and there are plenty of examples that show that the work has paid off.

Thomas Ahlstrand, deputy head prosecutor of the International Chamber of Prosecution in Gothenburg, attended the competence meeting on 3rd May 2019. He clarified the legislation regarding human trafficking, pimping, human exploitation and the buying of sex, and gave examples of cases he came across in his career. For both the hotel and taxi branches, it is pertinent to understand how the legislation regarding pimping is relevant for them, since it is illegal to contribute to prostitution, for example, to rent out a hotel room to be used for the buying of sex and prostitution.

In a panel debate with Erica Åberg, general manager of Scandic Klara, Emma Carlsten, chambermaid at Clarion Hotel Post, and Petra Kling, marketing manager at Taxi Gothenburg, the participants shared vital insights and good examples of how to make a difference. Erica Åberg brought up the importance of always reporting to the police, because cases and information should always be registered, whether or not they lead to anything more at the time. Emma Carlsten spoke about her experience of working with attitude and determination within her own group of workers, in order to increase awareness on this issue and to create a safe group, in which personnel understand the issue and are willing to act. 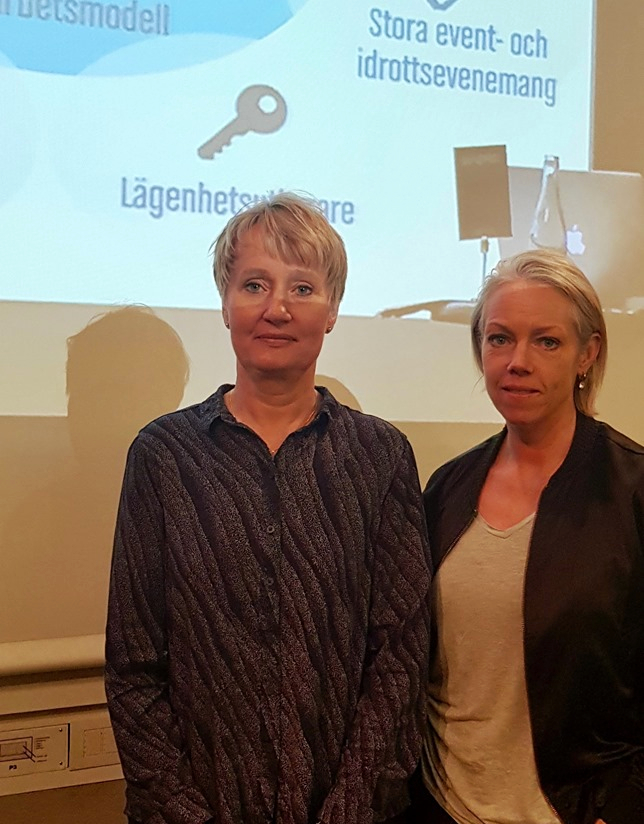 At the competence meeting in Stockholm on 6th May, Kajsa Wahlgren and Elin Hernstedt from the Metropolitan Police, among others, took part. They gave the participants information on legislation and police work. Participants also received tips and tools on how they can work on combating and preventing human trafficking and prostitution. A panel, consisting of Annelie Bergsten, Hotel Kung Karl, Erica Åberg, Scandic Klara, och Katarina Frank, Taxi Stockholm, gave examples how these companies work against human trafficking and prostitution. Katarina Frank told us how communication in the lifts and in other places in the hotel, not only support the personnel, but also communicate zero tolerance regarding prostitution outwardly, at the same time. Taxi Stockholm has brought out a video for the drivers to get tips on what can be signs of prostitution and what they should do about it.

In all the meetings, even in Malmö, where RealStars presented tools to hotels in the region, we met a positive response from all the participants, who think that it is important to meet and together bring up the, at times, difficult situations that can arise. An exchange of knowledge increases competence and everyone wins by co-operation and the same approach. In the run up to 18th October, the E.U.´s Anti-trafficking Day, there will be more opportunities to gather strength and make the branch´s stance clearer; a business free from trafficking.