The guest blogger of today is Ernst Adamsson Borg, a 22-year-old student attending the Europe Programme at Södertörn University in Sweden. He has an extensive interest in social issues, global as well as local. He frequently visits Germany, during his visits to the country he has seen the European prostitution and trafficking industry, which is partially centred in Germany, and since then he has become active in RealStars. 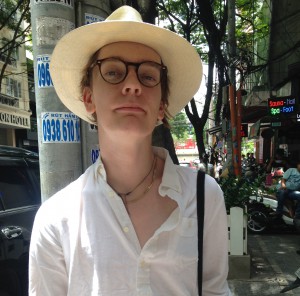 When I was sixteen, I went on my first trip abroad with only friends. We went to Berlin. It was the month of July, the weather was incredibly hot and it was legal to drink beer under the smouldering sun. We thought it was great and fell in love with the city. After that first initial trip, we have been back on numerous occasions. I like it there. However, there was something besides the beer that was legal and it chocked me, prostitution. The beer is an important metaphor in the context since it practically was as easy to get a cold Berliner Pilsner as it was to purchase sex.

As a sixteen year old, I was fairly taken aback by this reality, which I still am today. Every time I visit Germany, I go out on a late night and observe this industry that takes place right in front of my eyes. There are women lining up along the sidewalks, sparsely clad in corsets and fishnet stockings, constantly looking for customers. There are massive neon signs on building facades advertising the price for various services. Appallingly cheap.

In Germany the idea is that, the legal and somewhat regulated prostitution will enable women in prostitution to have a better life through things such as access to healthcare and retirement benefits. However, in many cases this has the opposite effect. Exposed street prostitution combined with an expansive brothel trade often contributes to widespread trafficking. Very often, these women come from poor countries in Eastern Europe.

In today’s public debate, Romania is at the top of the list in many regards. In Sweden, there is talk about beggars and in Germany about prostitution. The problem is immense. However, in Germany the problem is less obvious since the women in question are never openly visible. They are practically locked up in dark small rooms in brothels and spend their days meeting customers’ sexual needs. It should be added that these women are barely even paid.

This issue should be raised more than it is. It isn’t only about Germany, but about all European countries in which prostitution is legal, which are most. The fact that human trafficking is taking place right in front of our eyes and within the EU may not be something one would like to think about casually, but it should be addressed more frequently since it is a large problem.

Naturally, there should be a public debate propagating for banning the purchase of sexual services, like the ban Sweden has implemented, as a solution. According to me, this would solve a substantial part of the problem. The larger issue is that the market for these services exists, that it is industrialized and that it turns over massive amounts of revenue each year. If a Swedish model was followed, the market would drastically shrink and it would be easier to reach vulnerable individuals.

The knowledge that women are being abused in Germany is out there, but people are rather powerless since it is completely legit to for, by example Romanian women, to pass over the borders and work in Germany. The problem is that there is always someone on top, someone the law cannot reach since it is legal to operate, for example, a brothel. What happens at the back of the brothels and under what conditions these individuals are working, is difficult to discern. This is not an office job where the employees work from nine to five; this is an incredible shady operation. As long as the law protects the proprietor, it is difficult to take them on, even though they frequently run an ingenious business with vulnerable individuals.

Unfortunately, the European, and largely the German sex-trade is not too often on the agenda in Sweden. Most people do know that purchasing sexual services is legal, but the extent of the problems is not as widely recognised. To gain a better insight to the situation in Germany there is an excellent article in the Huffington Post, where the backside of the legal sex-trade is clearly depicted. A frightening and worthwhile read.