Real Stars were in place at Almedal this year. A great meeting place and an interesting forum for Swedish politics. However the lack of seminars on trafficking was blately obvious. We searched around for related issues and ended up at a seminar on the Human Rights Defenders where Rebecca and Fiona were playing. In the middle of a song, the audience was surprised when Rebecca and Fiona welcomed two members of the punk band Pussy Riot. We got to listen to an interview with the brave members who visited Visby to highlight the situation regarding freedom of expression in Russia. Pussyy Riot uses music and performence to spread their message, which they argue is universal and can be understood by all.

Real Stars took this opportunity to interview Rebecca and Fiona after their gig. We told them about our work toward a trafficking-free Europe and a sex-purchase law in the EU.

What would you do to make the world a better place?

We want to make the world more equal. That’s what we’re working for. It’s strange that we are in the EU and that there is not a sex-purchase law. It is so absurd that anyone can use and abuse other people, that you can purchase someone.

Much of society is not equal and this includes sex. There should be equality throughout. We live in a man’s society and this can be seen in the industry in which we operate. We are trying to do what we do and what we want. It is our contribution to equality and we can express it in music, text, and sometimes with the stage scenes. We have a voice that we want to use – just like Pussy Riot. We think it is obvious that there should be a sex-purchase law in the EU and worldwide. 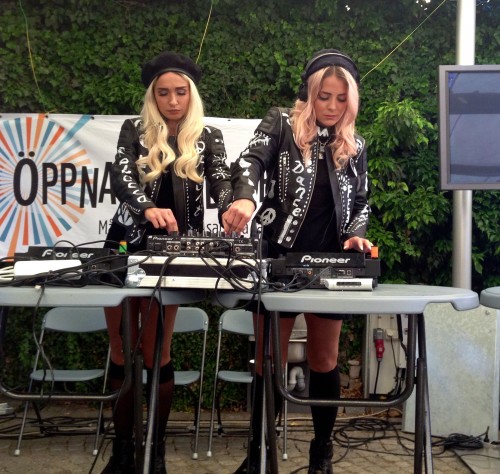 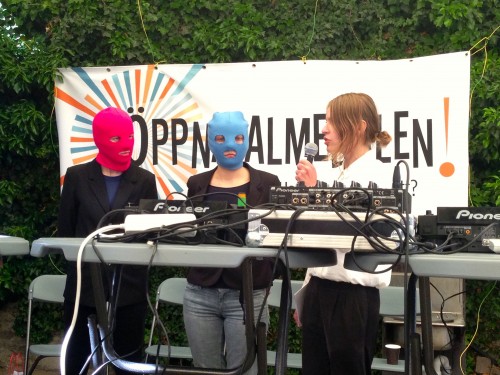