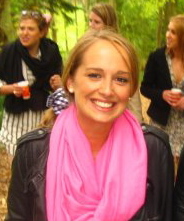 Hello! My name is Matilda Öhlin Knutsson and I study international relations at the University of St Andrews in Scotland. This is my first post as a recurring guest-blogger at RealStars. Now I want to have my say in the discussion about Fair Sex and trafficking and help spread the incredibly important RealStars campaign.

The guest blogger Lotta Johanson wrote that trafficking and prostitution is basically about poverty. I agree almost one hundred percent. But I think it’s also about a sense of uncertainty. If you were raised to believe that you are worthless and unable to achieve anything, maybe selling your own body is your only source of income. If you sell your body, it will end up being nothing but a vessel for someone else’s pleasure.

The book Eleven Minutes by Paulo Coelho deals with this subject. It is about Maria, a Brazilian woman who travels to Switzerland hoping to become a model, instead she chooses to work as a prostitute at a bar. Maria speculates about sex and pleasure and says that eleven minutes is the average time intercourse takes. It is described like so: “…if we disregard the time it takes to undress, some faked affection, a moment of predictable conversation and getting dressed, we get eleven minutes of actual sex.”

To Maria sex becomes something concrete, not something she looks forward to but a way to make money and experiment with what sex really is. You step out of your body and watch from outside objectively. Eleven Minutes is a book I think everyone should read to gain some insight of a new view on sex, pleasure but also love. Sex is about love as well as pleasure. It is only when you feel each others’ bodies and thoughts that you can satisfy your partner in an almost supernatural way you didn’t think exist until you found it. It took me many years and as many partners until I realized what my body was worth and what it meant to have sex with someone you love when they love you too.
Support RealStars’ campaign JOIN FAIR SEX, sign and share with your friends!